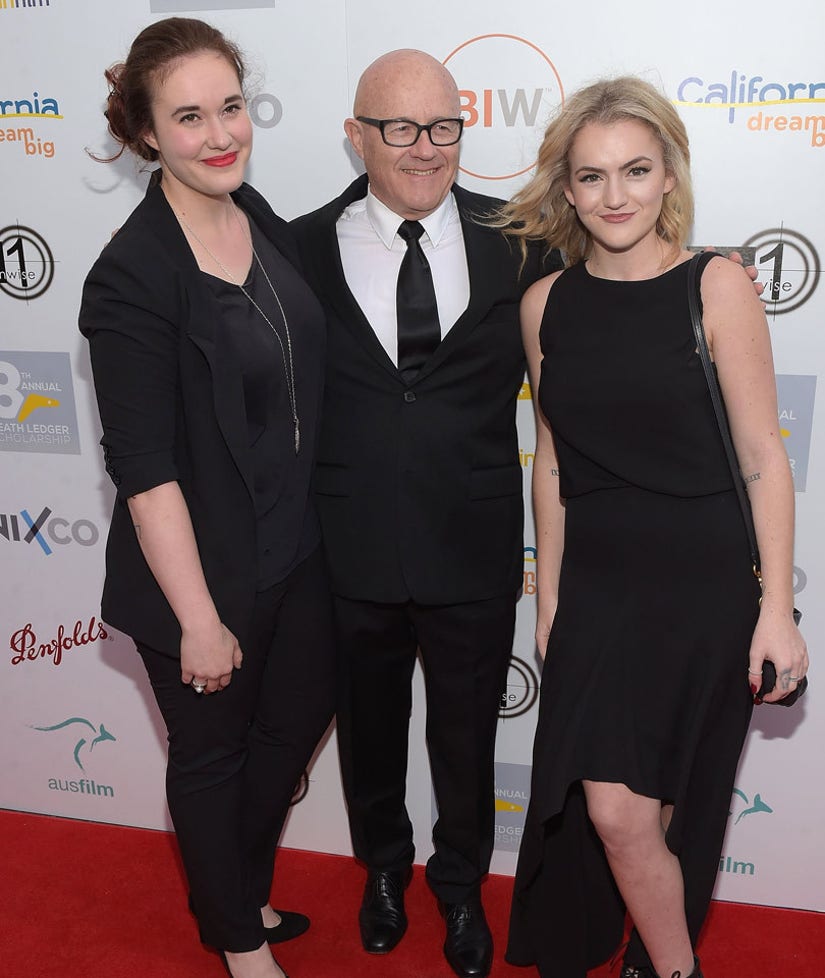 The late Heath Ledger's father Kim and his half-sisters Olivia Ledger and Ashleigh Bell teamed up for a very special Australians in Film event in Los Angeles on Wednesday, where they announced the winner of the annual Heath Ledger scholarship in honor of the actor's impressive on-screen legacy.

The Ledgers awarded this year's scholarship to Australian actress Ashleigh Cummings, who shared a few kind words about the "Brokeback Mountain" star onstage.

"Heath has, and will always be, a powerful source of inspiration to me, so to receive this award is inordinately humbling," Ashleigh said during her acceptance speech, according to the Daily Mail.

"I'd like to sincerely thank AiF and the beautiful Ledger family for supporting young artists in our passionate endeavors to continue in Heath's wake; hopefully making waves in both professional and personal realms, as he did," she concluded.

Heath's father also shared a few words at the event. "On behalf of Heath's family and Australians' in Film, please accept our warmest congratulations and best wishes for greater success going forward," he said.

The "Dark Knight" star tragically passed away in 2008 after suffering cardiac arrest from an accidental overdose.

It's great to see that Heath's father and half-sisters are still so dedicated to keeping his legacy well and alive.

What do you think about their special appearance? Tell toofab in the comment section below and check out the gallery above to see more stunning celebrity siblings.