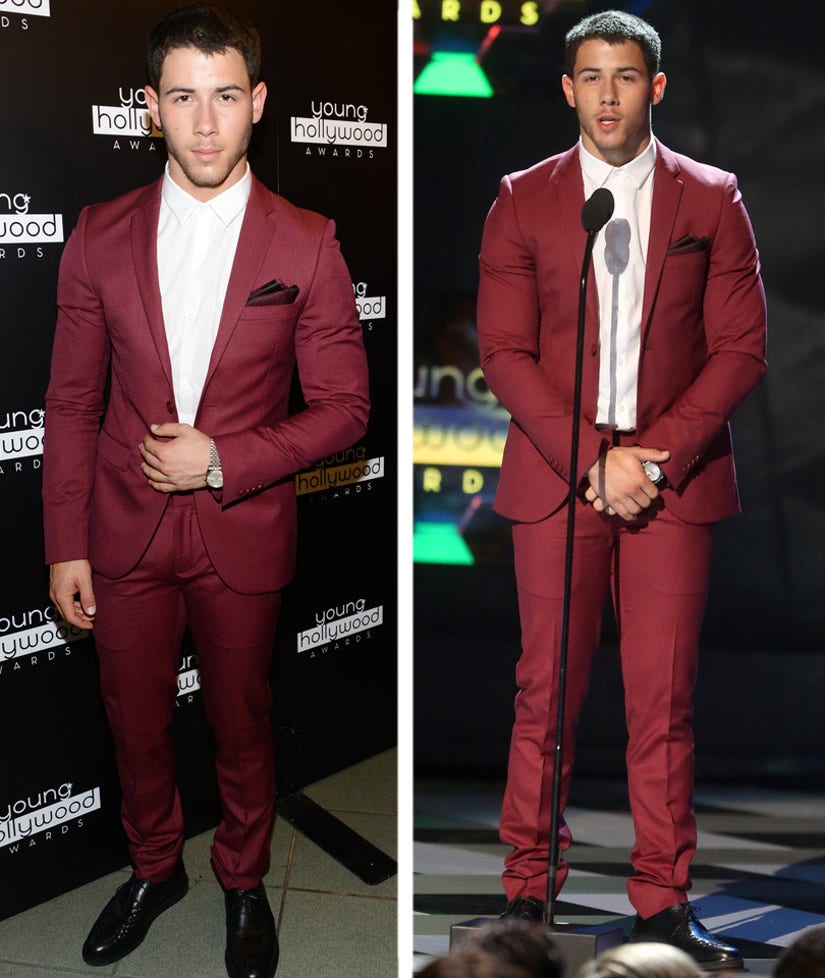 This has to be one of the most embarrassing moments ever for Nick Jonas.

The "Close" singer just revealed that he had quite a hangover the day after eating a weed lollipop, and it resulted in a major faux pas at the 2014 Young Hollywood Awards.

"I enjoyed the night. Felt great. Went to bed feeling fine. Woke up the next day...everything's in slow motion," he told Jimmy Fallon on "The Tonight Show" on Monday night.

While most people would just sleep it off, the former Jonas Brother wasn't so lucky because he was slated to present at the award show later that night.

"I'm hearing these voices [in the shower]," he recalled. "It's horrible, so I call down to my girlfriend who's in the kitchen. 'Babe, I need some bread, I need some coffee. Something!'"

On his way to the red carpet, Jonas had another mishap. "Out of nowhere, I get a NARB," he explained. "A NARB is a No Apparent Reason Boner."

Nick was forced to cover up his goods on the red carpet -- and on-stage -- to avoid any embarrassment!

"I walked off stage, I looked at my manager, I was like, 'Do you think anybody knew?'"

Check out the clip above to see his reaction when Fallon plays it all back!