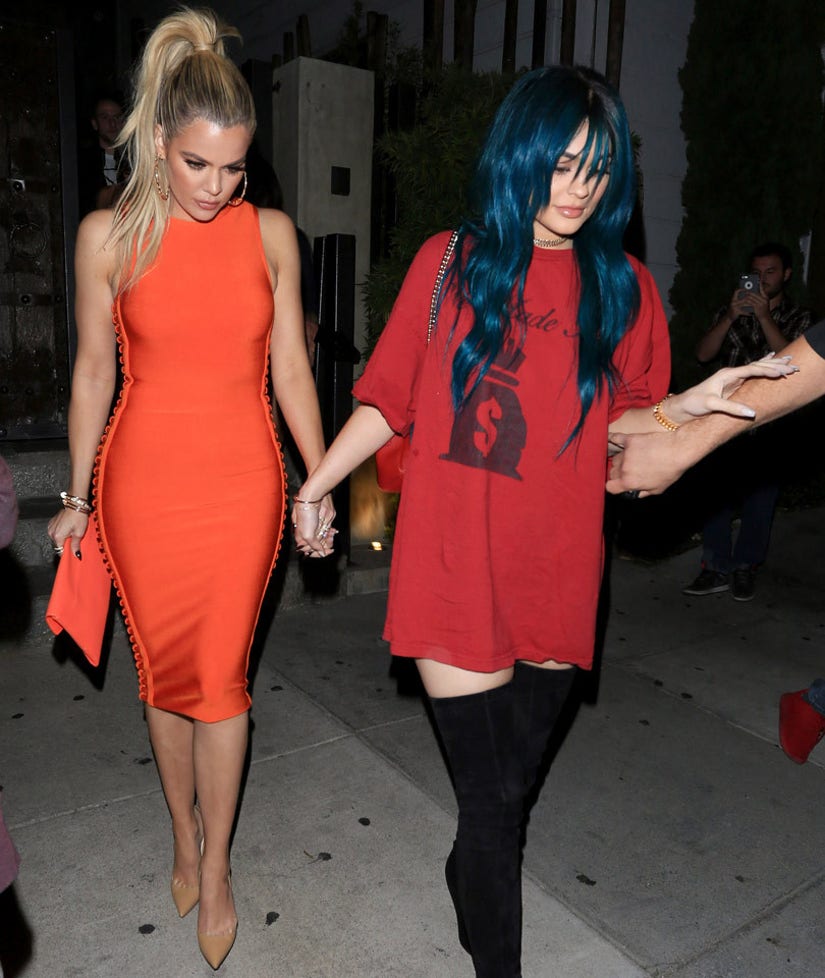 Kylie Jenner switched up her look yet again for a night out with Khloe Kardashian on Tuesday night.

The 18-year-old reality star traded in her brunette locks for a blue hue, which she paired with a red oversized T-shirt, black thigh-high boots, a Gucci backpack and a diamond choker.

Not only did Kylie create some buzz for her mane makeover, but she also was snapped at the same bar, The Nice Guy, as her ex-boyfriend, Tyga. Do you think these two are rekindling their romance?! 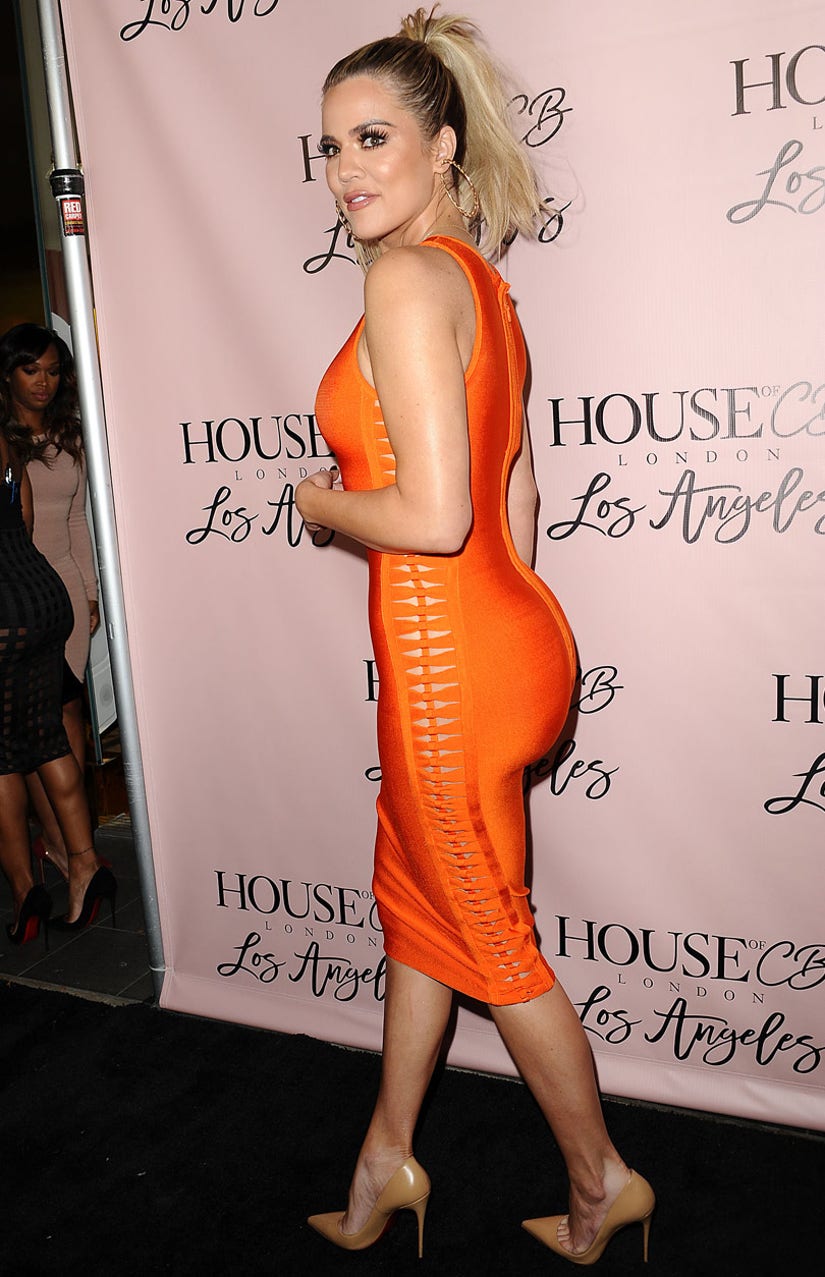 Meanwhile, Khloe Kardashian showed off her killer curves in a burnt orange House of CB bandage dress, which she rocked at the designer's flagship store launch in West Hollywood. She paired the show-stopping threads with nude Christian Louboutin pumps, a Givenchy envelope clutch and a high ponytail.

The "Keeping Up With the Kardashians" star has never looked better. She recently admitted that she was overlooked in the fashion industry for being "too fat."

"I definitely think the fashion industry, and people in general, look at me more now that I've lost weight," she told Harper's Bazaar. "Even on shoots, I would never have options for clothing. There would always be this attention on Kourtney and Kim, but I was too much work for [stylists] or they had nothing in my size. I wasn't even that crazy big!"

That's why Khloe only works with stylist Monica Rose. "At my fattest, Monica would always come with racks of clothes and make me feel special. She never told me, 'Oh, they don't have that in your size,'" she says. "Other people actually said, 'I just can't work with you'—because I was too big. That always hurt my feelings, of course."

Today, those same stylists are now approaching the reality star to dress her public appearances. "I'm just like, 'F--- you. I'm not going to reward your bad behavior.'"