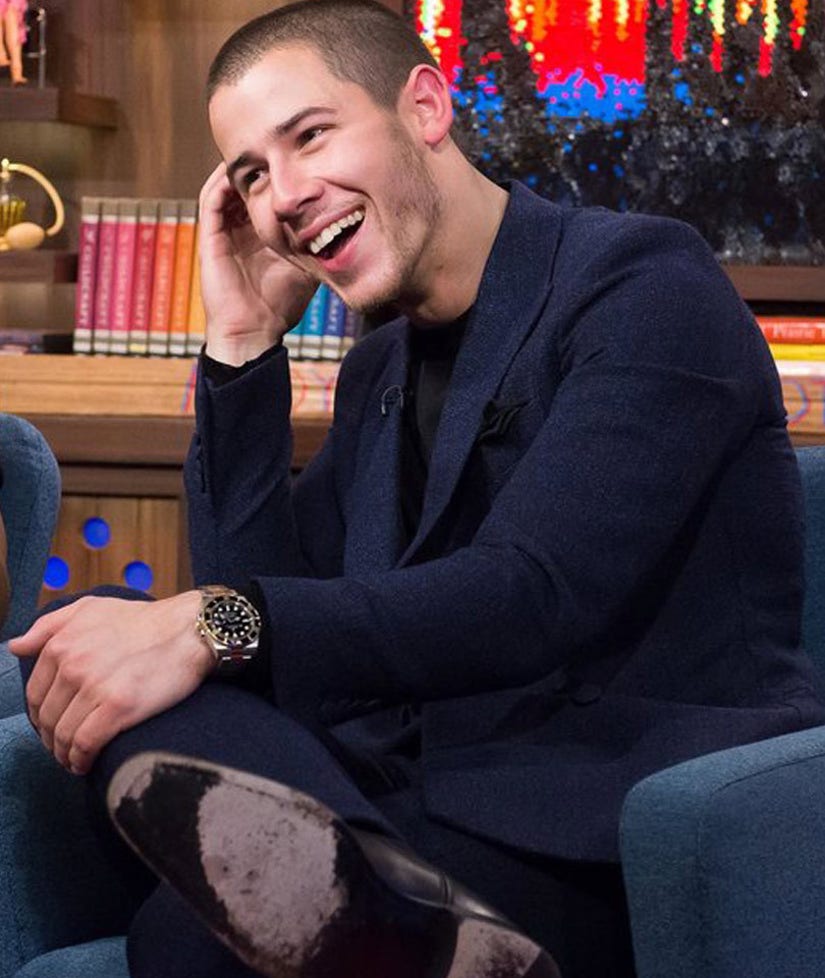 On the heels of telling the story of his weed-fueled "no apparent reason boner," the singer admitted that he has a few sex fetishes during his appearance on "What What Happens Live" on Tuesday night.

Host Andy Cohen put his guest in the hot seat during a game of "Let Us Fetish" -- and the "Under You" star didn't hold back!

So, what about "furries," which is having sex with someone while wearing a furry animal costume? Surprisingly, Nick didn't turn it down, saying, "Possibly."

As for "getting spanked," the former Jonas Brother admitted that he is, in fact, into it. "Yeah, absolutely," he said. "I've got a firm ass."

One thing he's not into is "getting tied to a bedpost."

"It happened one time, and it didn't end well," Jonas explained. "I didn't know what to do, it was all … it was bad."

Cohen guessed it happened when he was dating Miley Cyrus, which prompted a loud laugh from Jonas.

Check out the clip below to find out Nick's stance on "feet" and if he's into watching other people have sex!