Kim and Khloe seem to be vying for the title of "Hottest Kardashian" sister!

The "Keeping Up With the Kardashians" stars showed some serious cleavage this week -- each stepping out in their favorite boob-baring styles.

TooFab's fashionistas all agreed that her body looks "TOOFAB" after welcoming baby Saint, but one claimed that she looked like a "mummy" in this constricting style. You can be the final judge on that one!

Our panel quickly pointed out that the reality star wasn't wearing a bra, but that didn't seem to worry the slimmed-down star, who looked like she's been eating "only air and H20" for months.

Do you think Khlo is showing too much cleavage for daytime?!

Meanwhile, Carrie Underwood got bashed for not showing enough skin ... and showing too much ... at the pre-show press conference at the 2016 CMA Festival in Nashville.

Check out the clip above to see who toofab's Candice Brock, Katie Hayes and "WAGS" stars Sophia Pierson and Tia Shipman picked for the best and worst dressed stars -- and take a closer look at the week's questionable fashion below. 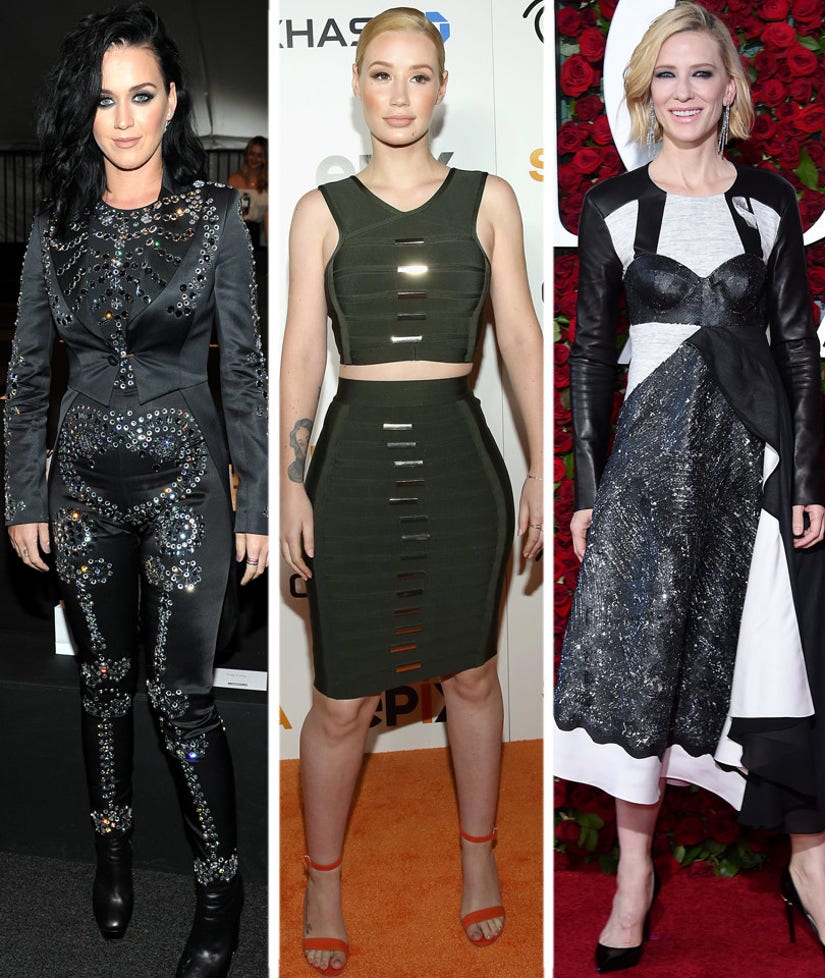