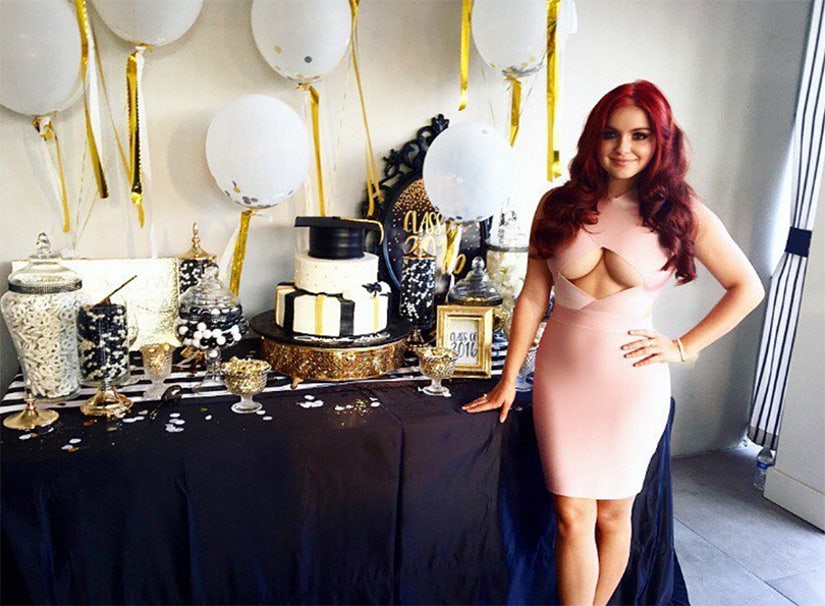 What'd you wear to your graduation party ... because we're guessing it didn't look like this.

Ariel Winter, 18, shared a photo from her celebratory soiree late last night, showing her in a skin-tight pink dress with major underboob cutouts. She's seen standing in front of a cake covered with a gradation cap and a table full of sweet treats.

"Couldn't be more grateful to @shanelle_gray & @davidbarrygray for throwing me the most amazing graduation party ever last night," she captioned the photo above on Instagram. "The amount of love and support they've shown me for the past four years has been life changing. My sister is my absolute best friend and my everything...❤️ Thank you so much. I couldn't be luckier or more grateful."

"I was in awe last night and I still am that you guys love me that much to do all of that for me," she continued of her legal guardian. "I never would be where I am today without you two...you guys saved me and taught me to be the person I am today."

After thanking a list of people close to her, she added, "Anddddd thank you SO MUCH to all of my amazing family members and friends that flew in to celebrate with us- you guys are the absolute best. Thank you also to the ones who didn't have to fly in...so much love was felt all around last night. Thank you thank you thank you!!!!!! Class of 2016...❤️ #uclabound."

Winter confirmed in April that she'll be attending University of California Los Angeles in the fall, after reportedly applying to 15 different schools. She also revealed her plans to study law.

Ariel, of course, took on her mother in court and became an emancipated minor.