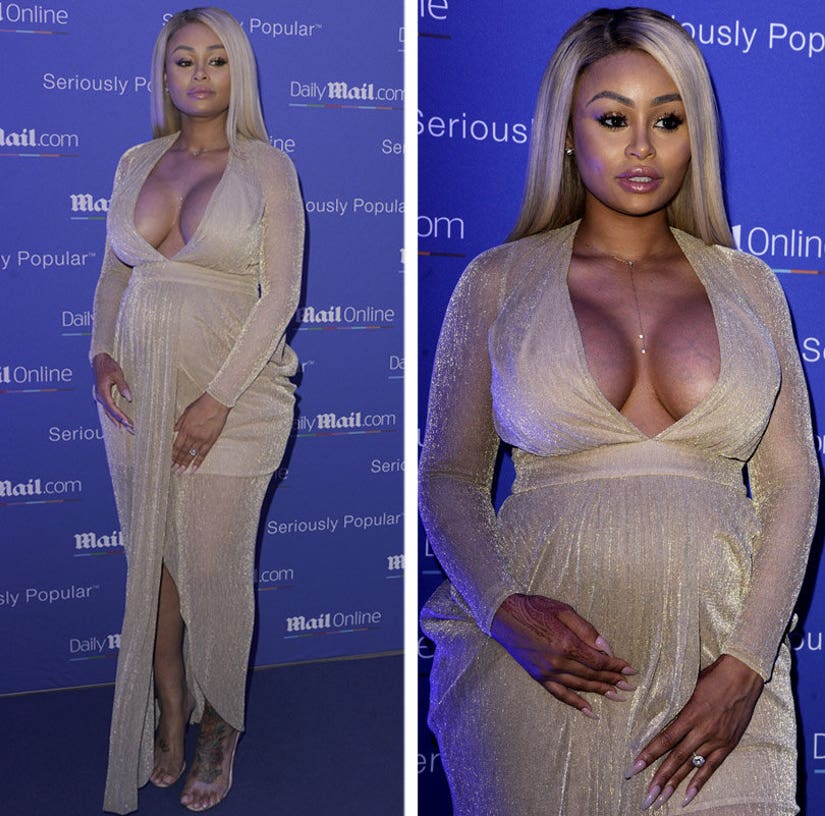 Blac Chyna put all her curves on display on the red carpet last night.

Rob Kardashian's fiancee stepped out for the Daily Mail's yacht party at Cannes, where she flaunted her growing baby bump and killer cleavage in a low cut gown that accentuated her assets.

The expecting star, real name Angela Renee White, nearly spilled out of the dress as she posed for photos, before opening up about her baby-daddy to be and their growing family.

"I just want to keep my ass covered," she exclaimed about her maternity style. "Pregnancy has treated me really good right now, I can't complain, not at all."

See What She Also Told EXTRA on the Red Carpet: 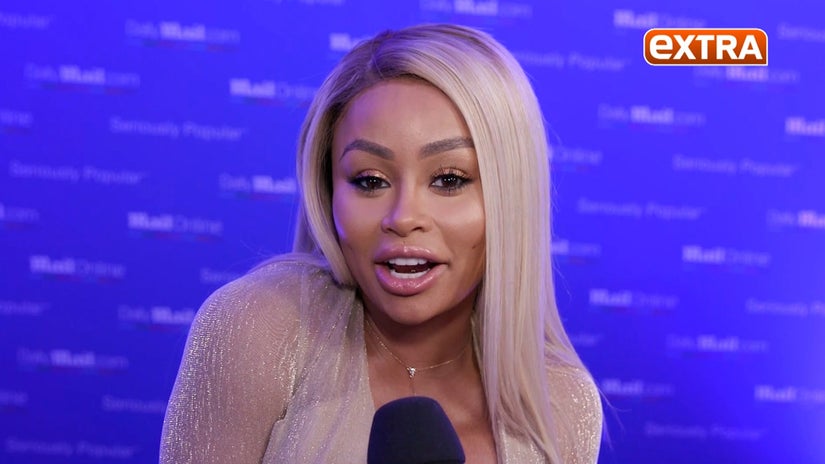 "He's a genuinely loving person, He's been really supportive of me and the people I'm around," Chyna then added about her main man. "I think he's going to do good. Rob has all the qualities of a good father. He'll be straight."

She also touched on his recent weight loss and her seemingly positive affect on his life.

"It makes me feel good but I also talk to him, tell him to give himself some credit also," she said of his transformation. "It's not just me, it's you too, both of us doing it together."

While admitting that they haven't started "any wedding preparation just yet," Angela sounded excited about their new addition. When asked about the best part of being pregnant, she said, "Just knowing that you have somebody that loves you unconditionally and you love them unconditionally and just being a role model for somebody else."

The two have already talked to Chyna's son with Tyga, King Cairo, about her pregnancy as well.

"I kinda want to keep him in the loop of my pregnancy, I had to explain to him the ring and what the ring means and the baby and [how] he's going to be a big brother," she explained. "He's really excited about it."

See more of Blac Chyna's pregnancy style in the gallery above!