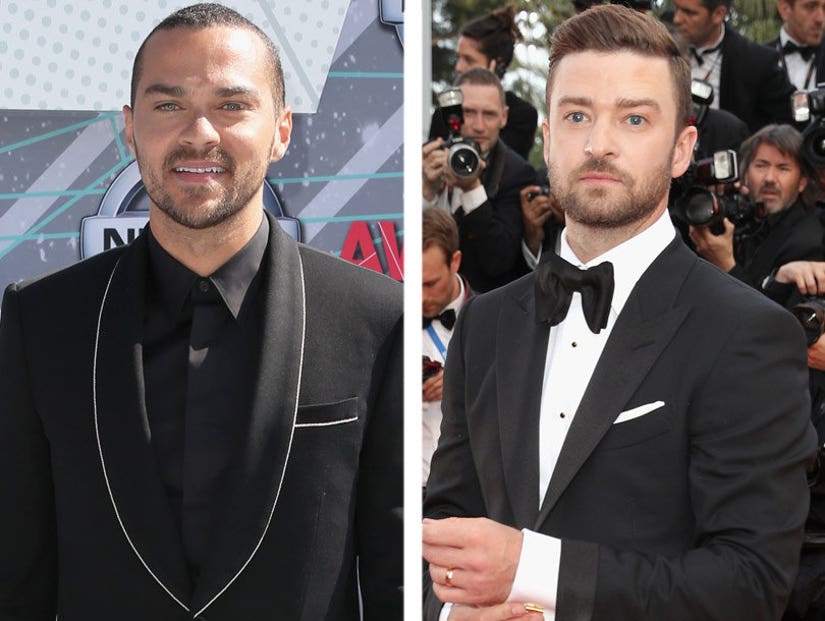 Justin Timberlake was feeling "inspired" after Jesse Williams' extremely passionate speech about race at the BET Awards last night ... but his tweets in support of the "Grey's Anatomy" star led to some serious backlash.

In case you missed it, Williams accepted the Humanitarian Award with a speech that got everyone in the audience on their feet, as he touched on cultural appropriation.

"We've been floating this country on credit for centuries and we're done watching and waiting while this invention called whiteness uses and abuses us, burying black people out of sight and out of mind while extracting our culture, our dollars, our entertainment like oil—black gold, ghettoizing and demeaning our creations then stealing them, gentrifying our genius and then trying us on like costumes before discarding our bodies like rinds of strange fruit," he said as part of his nearly 5 minute speech. "The thing is, just because we're magic doesn't mean we're not real."

Watch the moment in full below:

Almost immediately, the backlash started, as many accused Timberlake of doing exactly what Williams was talking about.

"So does this mean you're going to stop appropriating our music and culture? And apologize to Janet too. #BETAwards," wrote one commenter, who Timberlake actually responded to.

"Oh, you sweet soul," he wrote in response. "The more you realize that we are the same, the more we can have a conversation. Bye."

That tweet didn't sit well with his followers, who kept the negative tweets coming. It got so bad, JT eventually had to apologize.

"I feel misunderstood. I responded to a specific tweet that wasn't meant to be a general response. I shouldn't have responded anyway," he later tweeted. "I forget this forum sometimes... I was truly inspired by @iJesseWilliams speech because I really do feel that we are all one... A human race. I apologize to anyone that felt I was out of turn. I have nothing but LOVE FOR YOU AND ALL OF US."

What do you make of the controversy? Sound off below!