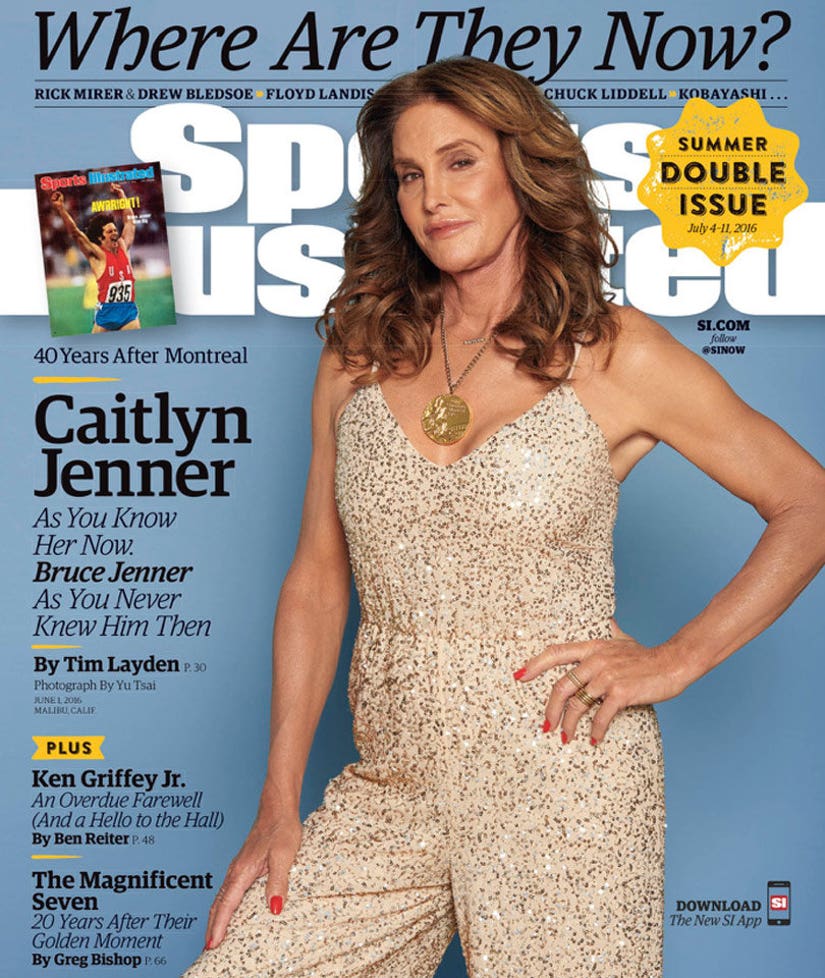 Caitlyn Jenner is getting candid about her time as an Olympic-winning athlete.

The "I Am Cait" star covers the new issue of Sports Illustrated, where she opens up about her time in the Olympics and reveals what she misses most about Bruce Jenner.

Jenner -- who was arguably one of the most famous athletes after winning the gold medal for the decathlon in 1976 -- says her life is very different today than it was back then.

"Sports. It's not real life," the 66-year-old declares. "You go out there, you work hard, you train your ass off, win the Games."

"I'm very proud of that part of my life," she continues. "And it's not like I just want to throw it out. It's part of who I am. What I'm dealing with now, this is about who you are as a human being. What did I do for the world in 1976, besides maybe getting a few people to exercise a little bit? I didn't make a difference in the world."

The "Keeping Up with the Kardashians" star also says she wasn't a fan of her ripped physique back when she was training for the Games.

"It disgusted me," she says. "I was big and thick and masculine. The rest of the world thought it was this Greek god kind of body. I hated it. But it's what I was given, so I just tried to do the best I could with it."

Though Cait debuted her identity as a trans woman on the cover of Vanity Fair in April 2015, the reality TV star says she does miss Bruce.

"I loved Bruce ... I still love him today," she admits. "I like what he did and the way he set an example for hard work and dedication. I'm proud of that part of my life. But this woman was living inside me, all my life, and it reached the point where I had to let her live and put Bruce inside. And I am happier, these last 12 months, than I've ever been in my life."

What do you think about Jenner's candid comments? Sound off below and check out the gallery above to see more reality TV stars then and now!