Warner Bros. just dropped the first trailer for the Clint Eastwood directed biographic "Sully" on Wednesday -- and it looks good.

Check out the trailer above to see Hanks as the famous pilot!

In the clip, we see Capt. Chesley "Sully" Sullenberger (played by Hanks) lose power to both engines while flying a US Airways Airbus A320, packed with 155 people on board. After striking a herd of geese, Captain Sully has no choice but to land the aircraft on New York's Hudson river.

The 2009 event has been named the "Miracle on the Hudson," because every single traveler and crew member on board survived the disaster.

"No one warned us," the Oscar-winning actor narrates in the trailer. "No one said you are going to lose both engines at a lower altitude than any jet in history. This was duel engine loss at 2800 feet, followed by an immediate water landing with 155 souls on board. No one has ever trained for an incident like that." 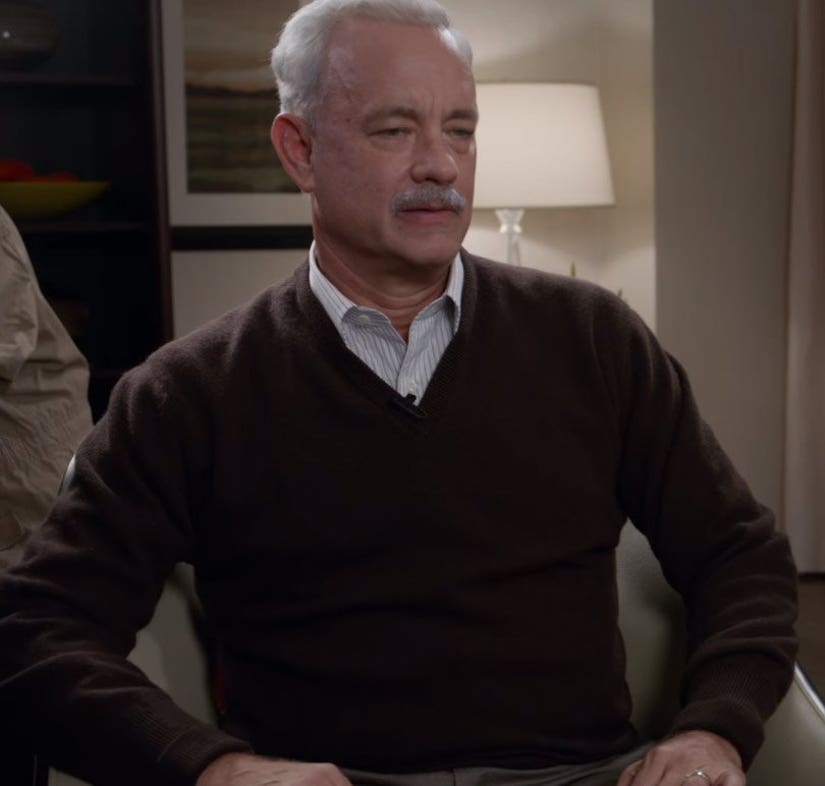 While the flick will most definitely show the Sully's impressive emergency landing, Eastwood's drama will tell the story of what happened to the Captain after the extraordinary event.

"Simulations show that you could make it back to the airport," Charles Porter (Mike O'Malley) tells Sully in the trailer.

Though the pilot knows he did the right thing, it looks like all of the media attention and the crash's impending investigation start to get to get under his skin.

"What if I did get this wrong?" he asks. "What if I endangered the lives of all those passengers?"

We can't wait to see the legendary pilot's story play out on the big screen when "Sully" hits theaters September 9.

What do you think about Eastwood's new drama? Sound off below and check out the gallery above to see more impressive movie makeovers!