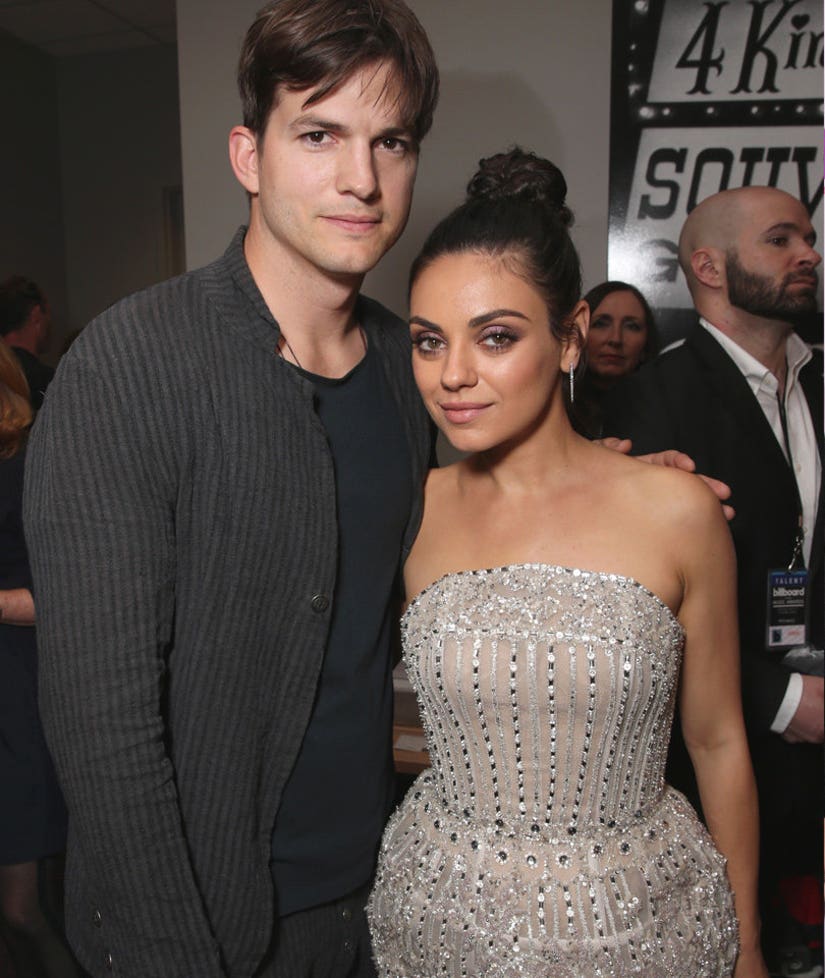 Mila Kunis will answer anything to avoid drinking clam juice.

The "Bad Moms" star stopped by "The Late Late Show" with costar Christina Applegate on Monday night, where they were put in the hot seat in a hilarious game of "Spill Your Guts or Fill Your Guts."

The rules were simple: each player had to chose to either answer an uncomfortable question or eat an unusual food.

The actress laughed as she debated whether to comment on her husband's penis. "Oh, my God. What do I do?" she asked. Corden said, "You can either tell us or you can drink the clam juice."

"But beer cans are short," she said, explaining her choice. "No, not a big beer can," Corden replied. "A beer can!" Mila yelled back. "A beer can! I'm thinking it's short and stubby or long and thin. But no, [it's] like a Guinness."

Next up, Applegate was asked "what annoys her most about Mila," which she quickly answered.

"Your gorgeous eyes," she said with a smile.

Check out the clip above to find out if Corden has ever been in trouble with the police or if Applegate has ever dated a celebrity that the tabloids didn't know about!