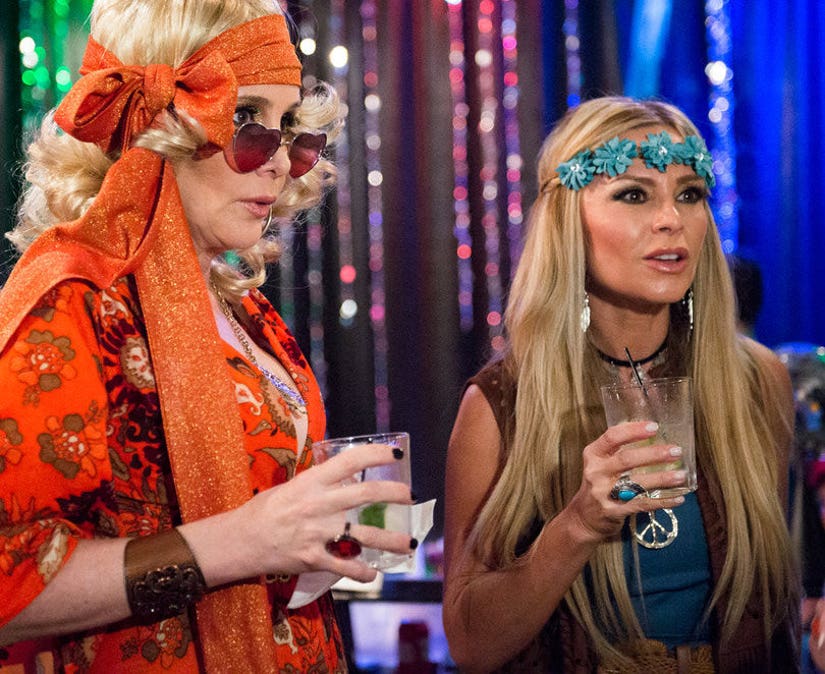 Things are getting heated in the O.C.!

On Monday's episode of "The Real Housewives of Orange County," Shannon Beador and Kelly Dodd nearly came to blows during Shannon and her husband David Beador's '70s party.

It started when Shannon and her friend Nina provoked the new housewife -- discussing Dodd's past separation from her husband -- while the ladies were talking to Tamra Judge.

"I had never met these two girls before, and I didn't understand what their motivation was," Judge wrote on her Bravo blog, referring to the moment below. "To me it felt like they had it out for Kelly. I feel like Kelly has been very open about her separation with her husband and dating someone else."

"There seemed to be more to this. Nina's mouth was out of control, and I had to get up and leave," she explained. "I didn't want to hear what she was saying -- it was just vile and mean. I could tell Shannon was feeling uncomfortable, too, and they really put her in a awkward situation."

Things quickly escalated from there, with Kelly calling Shannon "ugly" and saying that she could see why her husband David cheated on her. Ouch.

On a different side of the party, Shannon's husband David was having a confrontation with Vicki Gunvalson after she started talking about his wife (below).

"I'm not fond of seeing men argue with ladies," Tamra noted. "It's just not right. I could see David was sticking up for Shannon when Vicki started talking about his wife in front of him, but he should have left it at that. Take notes from Eddie [Judge]: he walks away, not into drama at all."

There's nothing like a good reality TV fight while clad in costumes ... right?

What did you think about last night's drama? Sound off below and check out the gallery above to see more "Real Housewives" stars before the fame!