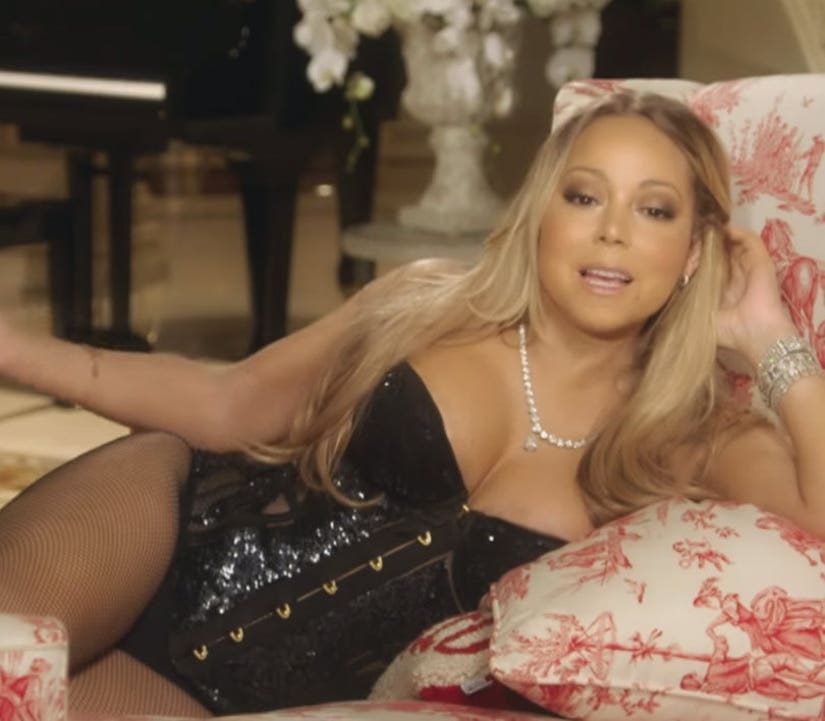 What's a day in the life of Mariah Carey like?

We got a taste for the songstress' over-the-top lifestyle in the new trailer for her new docu-series "Mariah's World." "There is no typical day in Mimi's life," the 46-year-old says -- and, based on the footage, we have to agree.

"Is this a normal outfit for people to wear?" she wonders out loud about a glittery bodysuit–and-heels combination. "I don't know. But I'm at home and this is what I wear."

The series offers a peek at the "We Belong Together" singer's inner circle as she tours Europe for the first time in 10 years, spends time with children and plans her wedding to billionaire Australian businessman James Packer (said planning has Mimi trying on dresses and referring to "white tigers and Albino Elephants" in the trailer!).

"I haven't been on tour in Europe since at least 10 years ago when I was 10, so I was just like let's just show the behind the scenes and what it really takes to do a tour," Carey said at a Television Critics Association panel on Wednesday. "It's my life and I thought why not document this now? We call it a docu-series because it feels like more of a documentary. I don't watch reality … I don't even know what reality is."

And while Carey admits her twins Monroe and Moroccan do indeed make an appearance on the show, she couldn't confirm whether ex-husband Nick Cannon will make a cameo.

"I don't know what makes the final cut," she explained, adding Cannon "came around" during the filming of the show.

What is clear is that Carey enjoyed the filming process for her E! series much more than she did working for "American Idol."

"Ugh! It was the most the most abusive experience! By the way, you've just driven me to drink," she said at the panel, before taking a sip of her champagne.