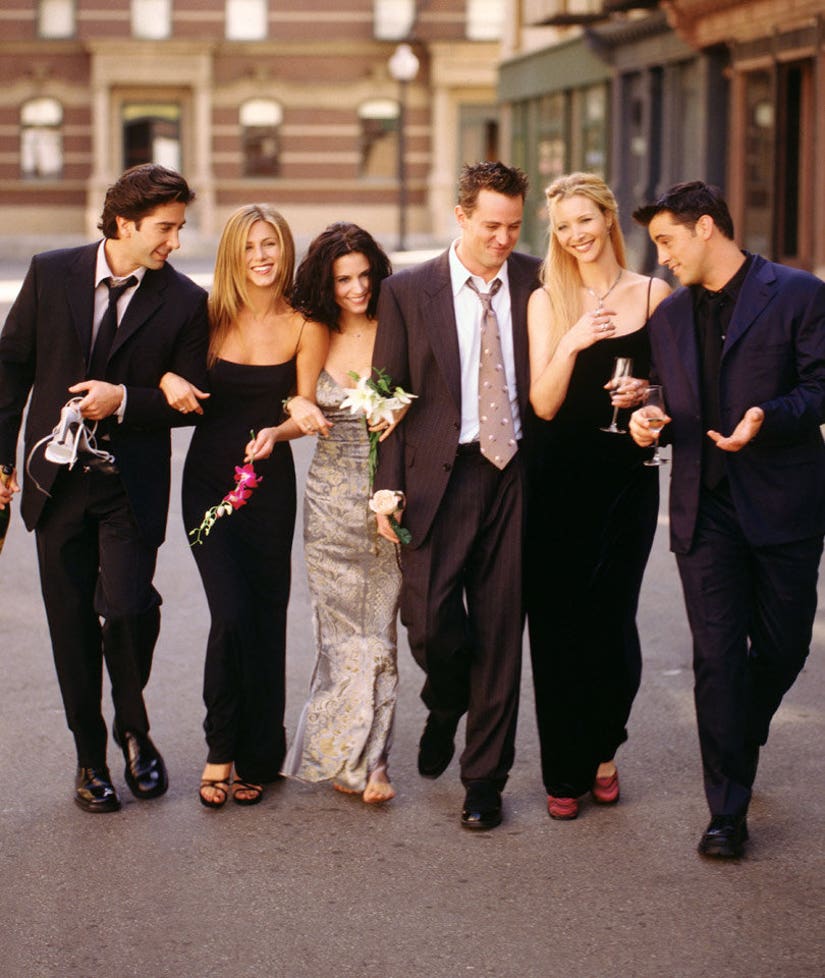 It's been nearly 12 years since "Friends" wrapped, but David Schwimmer is still dealing with the effects of the cast's instant stardom.

"It was pretty jarring and it messed with my relationship to other people in a way that took years, I think, for me to kind of adjust to and become comfortable with," the actor said during an interview on The Hollywood Reporter's Awards Chatter podcast. "As an actor, the way I was trained, my job was to observe life and to observe other people, and so I used to walk around with my head up, and really engaged and watching people."

"The effect of celebrity was the absolute opposite," he continued. "It made me want to hide under a baseball cap, not be seen. And I realized after a while that I was no longer watching people; I was trying to hide. So I was trying to figure out: How do I be an actor in this new world, in this new situation? How do I do my job? So that was tricky."

The "People v. O.J. Simpson" star also admitted that "Friends" fame was harder to deal with because fans felt like they actually knew each character.

Are you surprised by Schwimmer's comments? Sound off below!