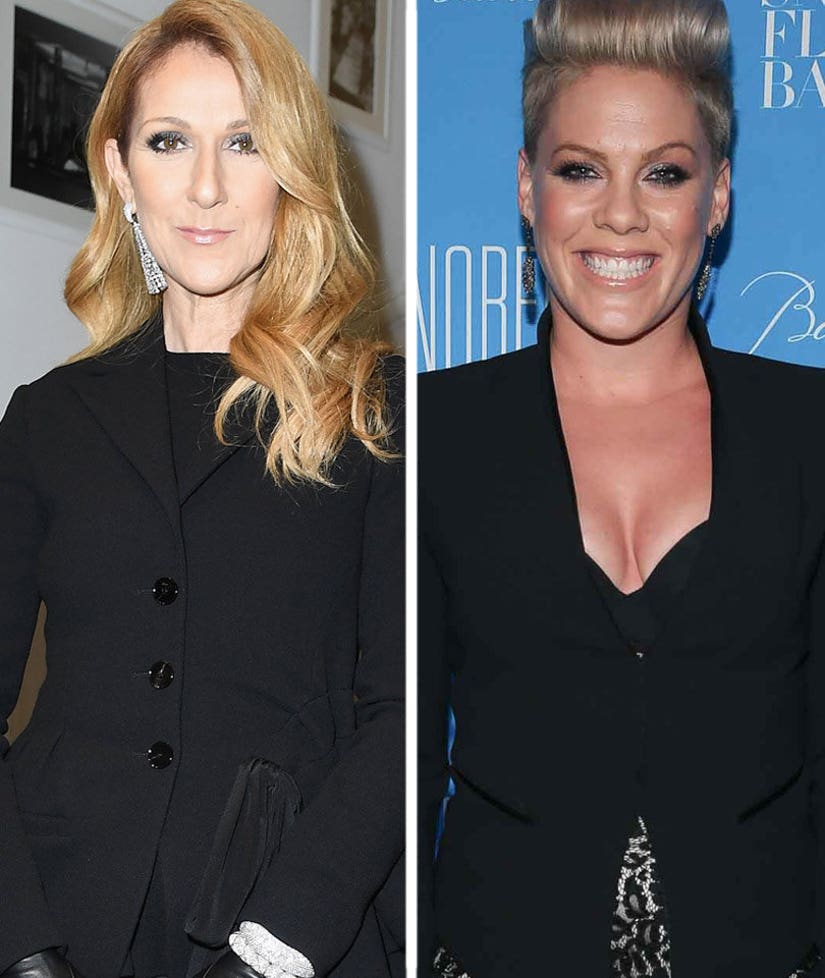 What a powerful tack.

P!nk penned the track for the songstress after Dion's husband, Rene Angelil, died from throat cancer in January. He was 73-years-old.

The lyrics tell the story of the road to recovery after suffering a major loss.

"[Pink] is phenomenal," Dion told Entertainment Tonight about the new single. "I love her for her talent, for her strength, for her focus, the person she is. At the [Billboard Music Awards] when I saw her, I said, 'For you to take the time to really write a song, to give me a tool, a piece of luggage to help me to move forward to walk to keep going…'"

Dion also says her fans have played a major part in her own recovery since losing Rene.

"I think I do have a relationship with my fans that are [pushing] me [along]," Dion explained. "They've been such supporters of my good days and my bad days."

"They are so considerate for my happiness and my sadness, my good and bad moments, and they are [always] supporting me," she continued. "The fans are supporting not only my music, but who I am. I've been criticized for being an open book for so long, but it's paying off today because they know me well."

What do you think about the heartfelt new track? Tell toofab in the comment section below.