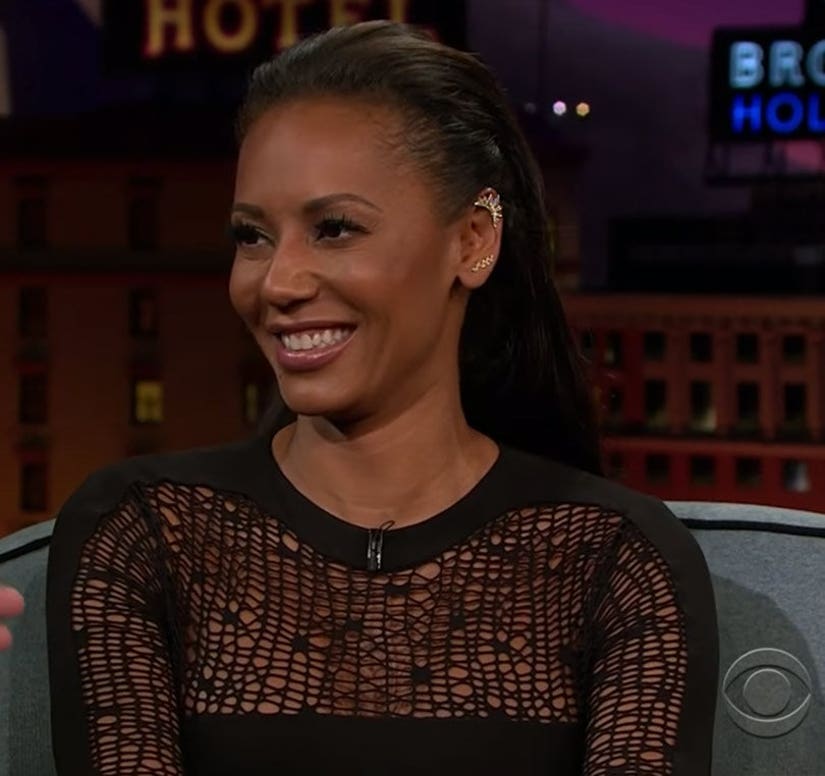 Mel B had some choice words for some of her former Spice Girls band members when she visited the "Late Late Show with James Corden" on Thursday.

With the band celebrating their 20th anniversary, the host asked the Brit babe about rumors of a 3-piece reunion featuring her, Emma Bunton and Geri Halliwell—as well as why Victoria Beckham and Mel C would be sitting out any upcoming performances.

And while Scary Spice was indeed able to confirm that three of the members were getting back together, she drew laughs when she explained why the other two wouldn't join 'em.

"The other two bitches didn't want to do it," she joked.

But the 41-year-old quickly corrected herself, explaining that her "other two fellow lovely ladies" were simply too busy to commit to reunion shows.

"You know, Victoria's busy with her great fashion line and Mel C's doing her own album, and so they gracefully said, you know, you three go ahead and do it," she explained.

Though she pointed out that no one could ever replace Posh or Sporty Spice, she did hint at the possibility of a few surprise guests joining them onstage. Corden threw out Adele as a potential choice -- an idea that Mel B loved -- as well as himself and fellow guest Michael Sheen.

Watch the clip above to see what Mel B thought of the idea.

Are you excited for a Spice Girls reunion featuring three of the five members? Sound off in the comments!