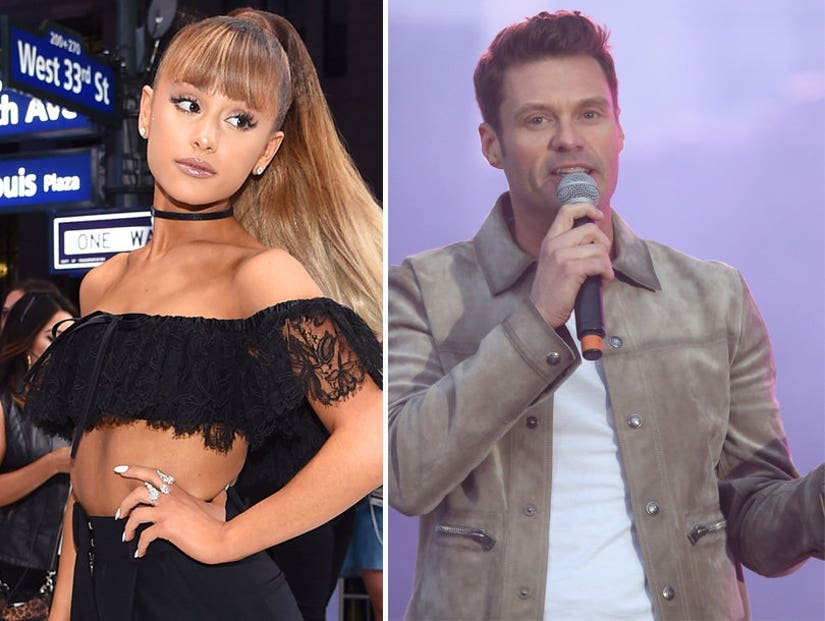 Get this girl a cup of coffee!

Ariana Grande went off on Ryan Seacrest while appearing on his morning show, "On Air With Ryan Seacrest," earlier this week.

During the conversation, Seacrest asked the pop star if she is officially dating rapper Mac Miller -- because Grande recently posted a picture on Instagram of her cuddling with the rapper, seemingly making their relationship public -- but the young singer was not having the conversation.

"Oh, is that what I did? Is that what Instagram means to you now? All right world, let's go ... How did we get there? What was that segue?" Ariana snapped back.

"Well, I don't know. I'm asking," Ryan said to the pop star. "What are you asking? You said a sentence, there was no question. I don't know, man," the "Into You" singer exclaimed.

"If I post something, then that's what I'm willing to share at the moment," she added. "That doesn't mean that you, Ryan Seacrest, with millions of listeners, are entitled to more information."

It definitely seemed like she caught the radio host off guard with all of her hostility -- what do you think about Ariana's reaction? Sound off below and check out the gallery above to see more celebrity feuds!