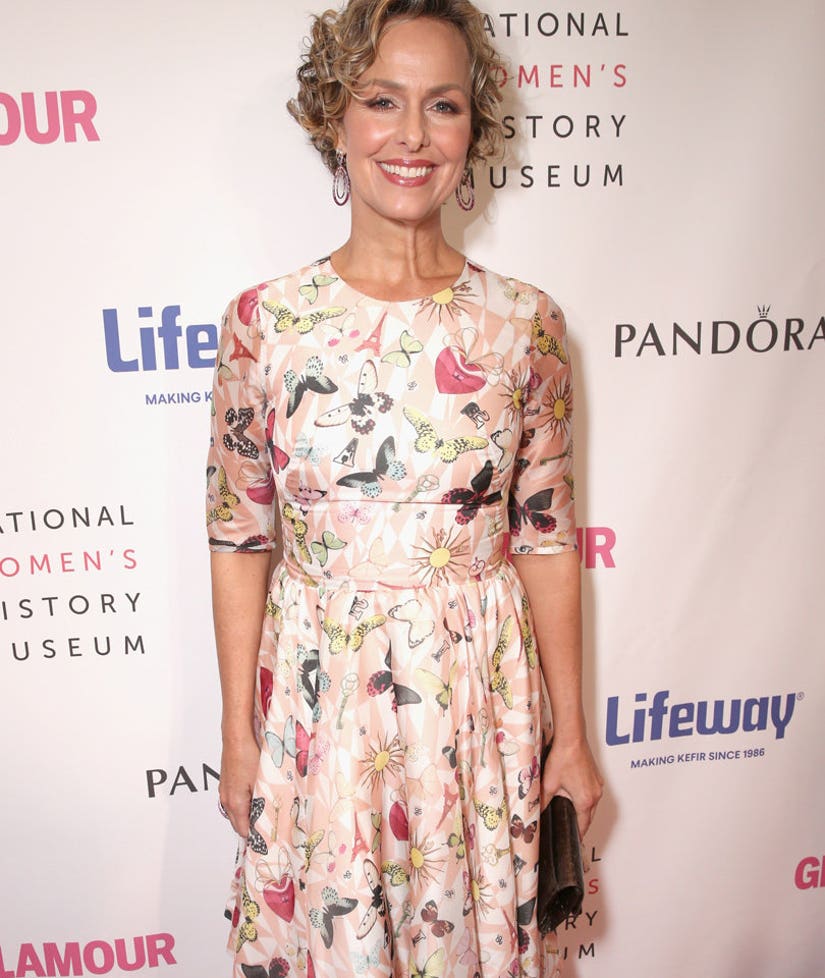 Melora Hardin is having one whirlwind Emmys weekend!

The "Transparent" star, who picked up her first nomination for playing Tammy on the show, has hit up a handful of celebrations in anticipation of the ceremony later today -- and she's enjoying every minute of it.

"I am just really grateful to be nominated and really enjoying the fun of it and being spoiled and being loved and embraced by my peers," she told toofab's Rose Curiel at Saturday's Women Making History Brunch presented by the National Women's History Museum. "That's really moving and really touching."

And while her colleagues' respect definitely means the world to her, the blonde beauty admits the pre-award show pampering isn't too shabby either. So, what's been her favorite experience so far?

"Well, I just got gifted a Mac Book Air," she admitted—while looking incredibly guilty. But I did need one of those. I just said to my husband [Gildart Jackson] last week, I was like, 'I think I need to buy a new computer' and he was like, 'Oh no, yours is good from 2006—it still works."

And as for her famous peers, the 49-year-old—who walked the carpet at Friday's Variety and Women in Film's Pre-Emmy event alongside "Transparent" costar Gaby Hoffman—reveals that the cast will party it up together after the awards show on Sunday.

And Hardin is sure to be comfortable as she party hops, seeing as she's making sure to bring along a secret weapon that will ensure she's not limping halfway through the night.

"I have my fold-up flip flops to put on after the carpet, so there's that!" she revealed. "They fit in my husband's pocket."

As for the outfit that she'll rock with said flip flops, Hardin says she didn't have to search very hard for the perfect dress.

"My stylist helped and I kind of collaborated with her about the color and then we kind of ended up with this amazing dress," she dishes. "It was the first one I tried on and we both were just sort of doing backflips already!"

Be sure to come back to toofab on Sunday, September 18 around 3pm PT to see Melora's dress and plenty more Emmys fashion!