Ellen DeGeneres and Kristen Bell are ready to spice up your life!

The "Frozen" star teams up with the comedienne for one hilarious skit on Tuesday's "The Ellen DeGeneres Show," where the duo audition to be the new fourth and fifth members of the Spice Girls.

Check out the clip above to see Bell and Degeneres' spot-on Spice Girls impressions!

Seeing that there are two spots open now in the beloved British girl group, Ellen and Kristen decided they'd give auditioning for the Spice Girls a try. 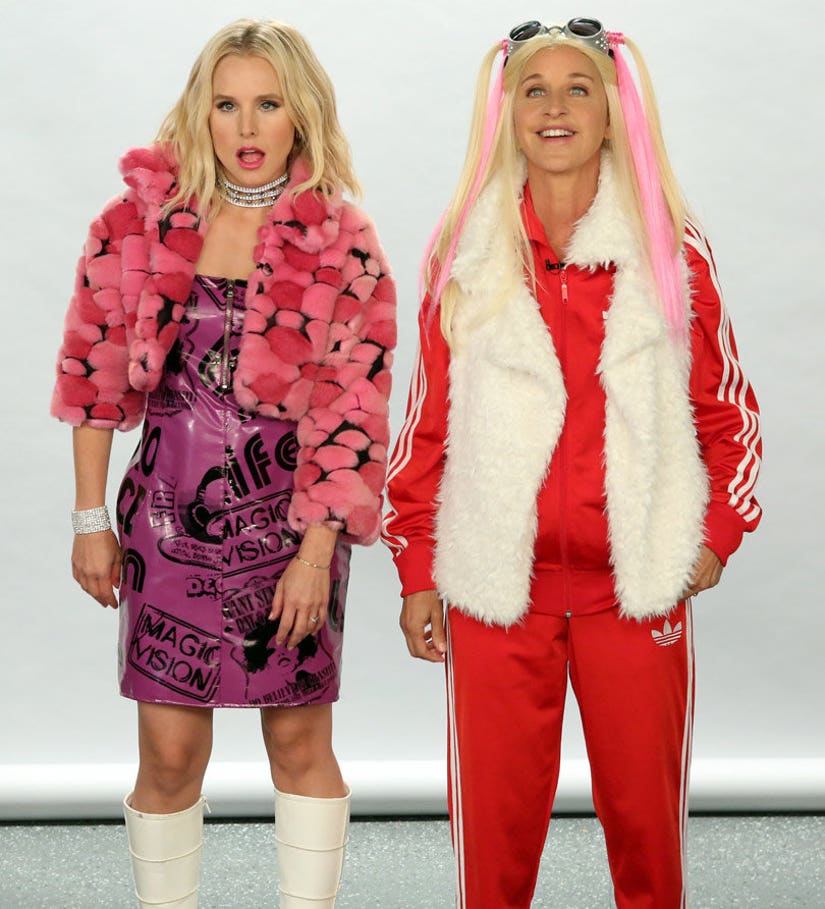 "They're holding auditions for two spots in the group, so obviously Kristen and I would be the perfect choice," Ellen teases in the sneak peak before playing their audition. "We made an audition tape -- so they're going to be calling us anyways -- but we did it to the song 'Wannabe' because who doesn't know the lyrics to that song."

The clip cuts to their hilarious audition, with Kristen rocking a latex pink dress and a matching pink fur coat and Ellen in a red tracksuit with a white vest.

What do you think about Kristen and Ellen's Spice Girls audition? Sound off below and make sure to check out the clip above to see the rest of their hilarious audition!