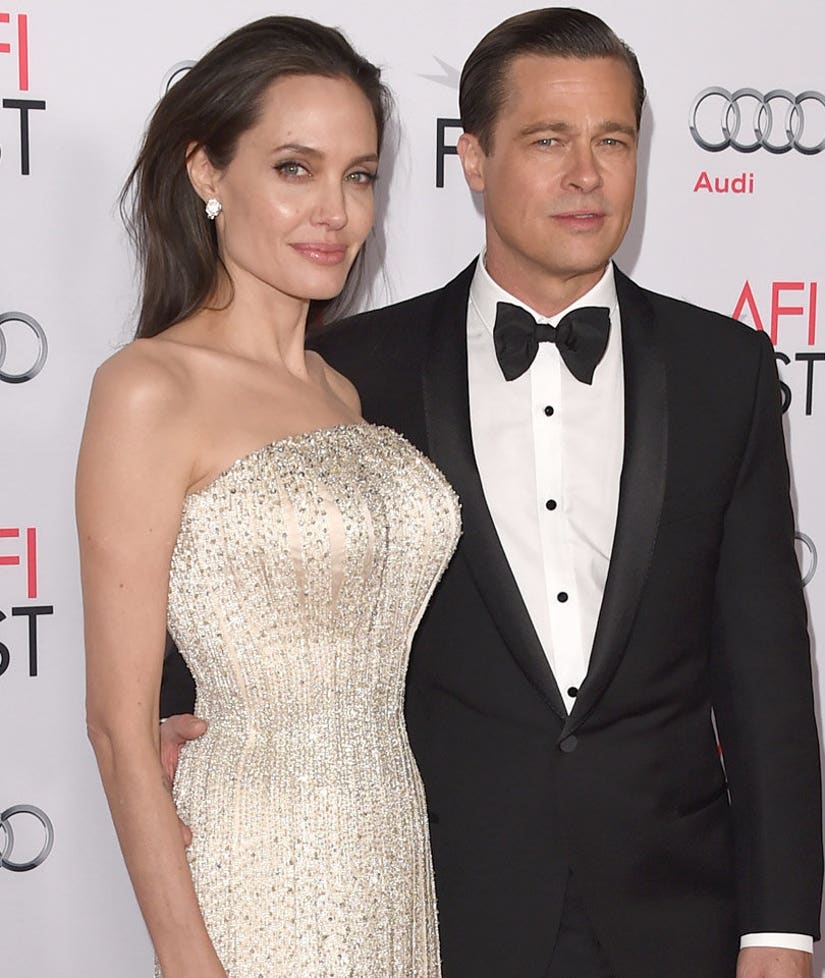 Tuesday morning, TMZ confirmed that Angie had filed from divorce from Brad after 11 years together ... which gave late-night hosts plenty of time to craft some material for Tuesday night's shows about the couple's shocking split.

"It's pretty scary when even Angelina Jolie and Brad Pitt are like, 'Eh, I can do better,'" Jimmy Fallon said on the "Tonight Show" about the gorgeous stars' breakup.

Conan O'Brien likewise kept his material about the divorce to a minimum on "Conan," while poking fun at the couple's very large brood. "The big story today is celebrity news...Brad Pitt and Angelina Jolie are getting a divorce," he said on his show. "They'll share custody 50-50: He'll take 50 kids, she'll take the other 50." 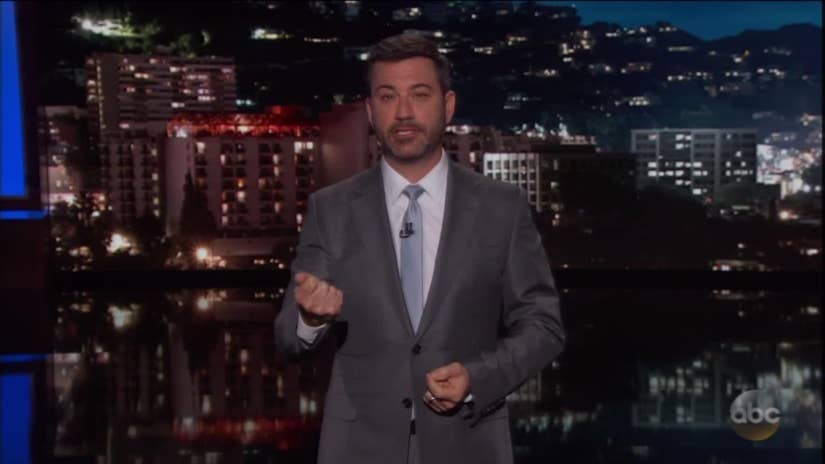 While Fallon and Conan kept their monologues brief, Jimmy Kimmel and James Corden had a little more fun with the subject matter.

"You know, there are a lot of important and life-threatening and world-changing things going on lately," Kimmel said on Tuesday's "Jimmy Kimmel Live." "Sometimes it seems like more than ever, but none of them are as foundation-shaking as the news we received about Brad and Angelina today."

The comedian even threw a few digs at the tabloids, hilariously pointing out how they predicted the split.

Kimmel likewise noted how Brad and Angie's breakup -- though very sad -- is pretty good news for Taylor Swift and Tom Hiddleston, who made headlines for calling their relationship quits earlier this month.

"Great news for Tom Hiddleston and Taylor Swift, who now don't have to be on those covers anymore," he said.

"Now that this has happened, you wonder what else the tabloids have been right about," he continued. "Are [Ben Affleck] and [Jennifer Lopez] back together? Was [Kim Kardashian] dumped on her first anniversary? Is Barack Obama gay? I mean, he must be; they wouldn't put it on the cover if it wasn't true. Anyway, our thoughts are with Brad and Angelina, and with all of us. It's always hard when two people you don't know and have no personal connection to split up."

And finally, Corden opened the "Late Late Show" poking fun at Donald Trump Jr.'s tweet comparing Syrian refuges to skittles, before going into, as he called it, "the most troubling news story" of the evening.

"It came out that Brad Pitt and Angelina Jolie are filing for divorce and will end their relationship of 12 years. I'm taking this news especially hard because I named my daughter Brangelina," he joked. "It feels like a mistake now. I don't know what to do! Tom Hiddleston and Taylor Swift called it quits, now Brad and Angelina are breaking up. I'd make a joke, but honestly, I'm too worried about what this means for me and Justin Bieber!"

"Angelina filed for custody of their six children, and when Brad heard that, he was like, 'We have six children? It seems like way more.' But this breakup couldn't come at a worse time. In the face of a Donald Trump presidency, Brad and Angelina's marriage was the last hope for immigrants to be welcomed into this country," he quipped.

While we're still getting over Brad and Angie's breakup news, we've gotta hand it to the late-night hosts for coming up with some pretty hilarious jokes about the split.

Whose monologue was your favorite? Sound off below and check out the gallery above to see more shocking celebrity splits!