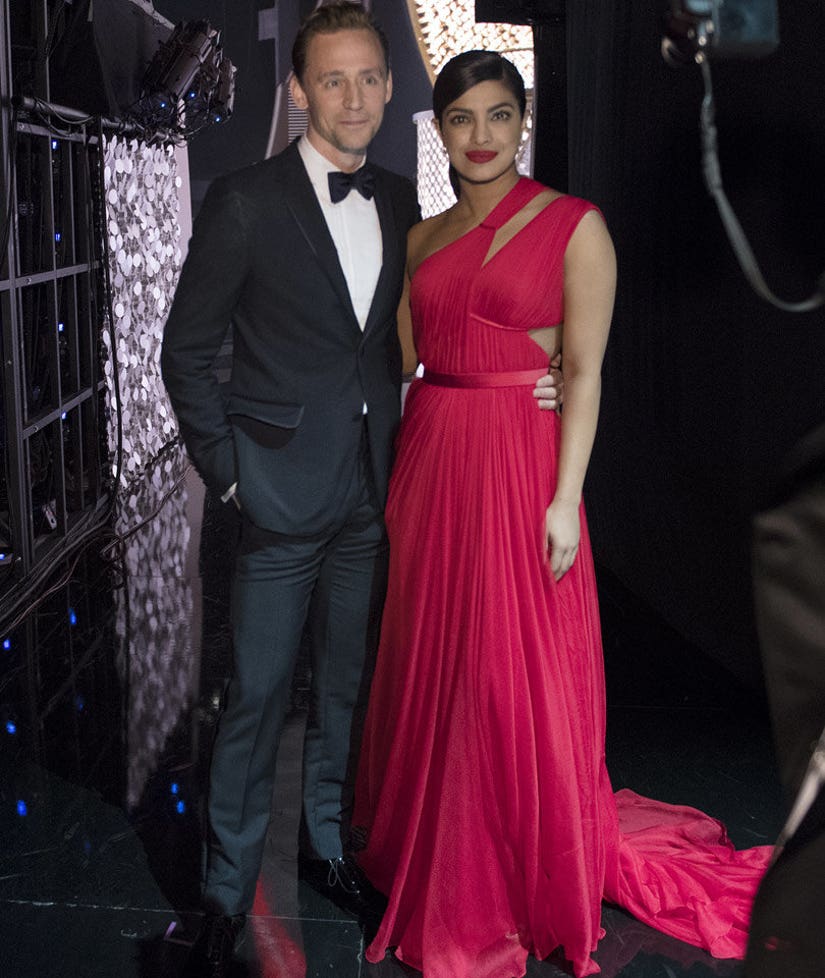 Priyanka Chopra stopped by "The Tonight Show" on Wednesday, to chat about her hit TV show "Quantico," her talked-about twirl with Tom Hiddleston at the 2016 Emmy's and to celebrate the beginning of Fall with a splashy segment of bobbing for apples.

The Bollywood-turned-Hollywood actress famously beat Fallon on her last appearance on the show, in an extremely spicy wing-eating contest, and had her eyes on the prize yet again. "I always want to win," she said before going head-to-head with Fallon.

Chopra managed to grab five apples -- without even smudging her perfect pout -- thus beating Fallon for the second time around.

Jimmy couldn't help but mention the former Miss World's headline-making Emmy's look. "Not only were you funny and charming as always, but you were just gorgeous," he said. "You had this red dress and you came out and you were twirling around... If I had a cape I would have done the same thing."

The Indian beauty gave Fallon the scoop behind her swoon-worthy twirl saying, "I walked out with this big train and I did it for the first time because it was like 'Oh it's so pretty and I feel princess-y,' and after I twirled once I was doing it all night!"

"All of the photographers were asking me to twirl and then onstage Tom made me twirl and I was always only twirling," she confessed. "I'm the twirling dancing emoji now!"

Priyanka definitely knows how to make an entrance! What do you think of her "Tonight Show" stint? Tell toofab in the comment section below and check out more gorgeous fashion from the 2016 Emmys in the gallery above!