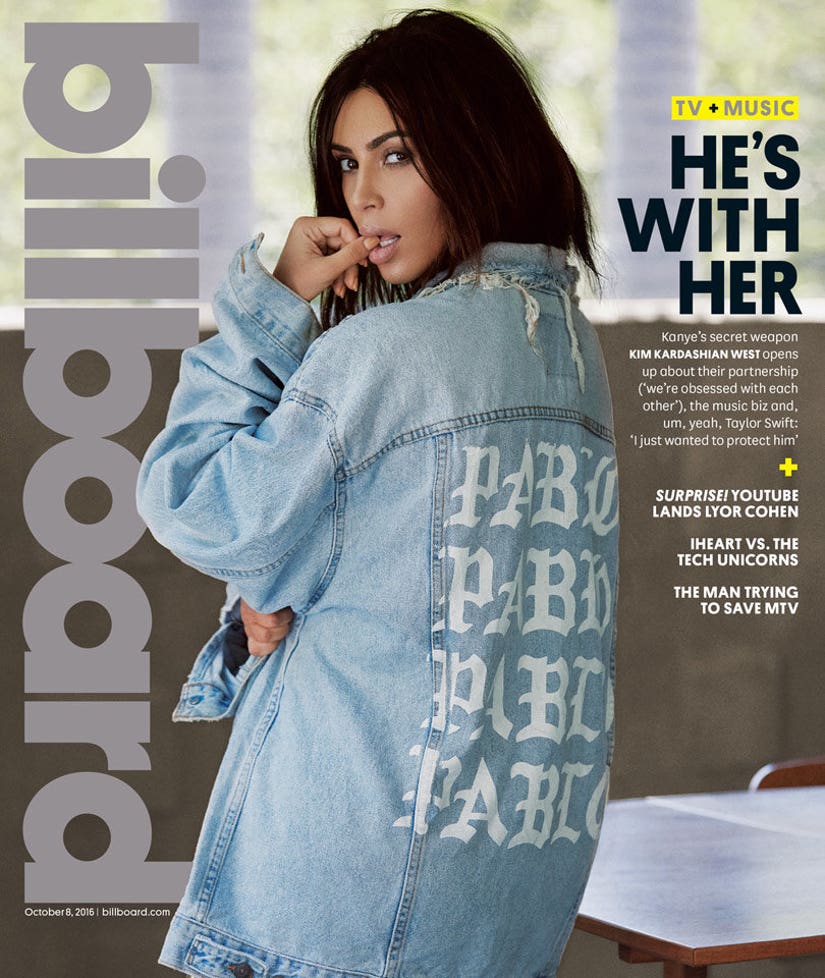 The "Keeping Up with the Kardashians" star covers the new issue of Billboard magazine, where she opens up about her reality TV star aspirations, reveals she's over her feud with Taylor Swift and dishes on her favorite musicians other than Kanye West.

Today, Kardashian has become one of America's biggest celebrities thanks to her hit E! show ... and Kim says she always wanted to be followed by a TV camera.

"I was like, 'Oh, my God, that's what I want to do,'" she says her reality TV star aspirations. "It's crazy that it has come full circle — the producers of my show were the ones that created 'The Real World.'"

Before landing her own show, Kim made headlines for hitting up the Hollywood nightlife scene alongside hard-partying stars like Paris Hilton. "I just thank God for my rhinestone Sidekick," she says of her days with Hilton. "I would sit there checking MySpace all the time. They probably thought I was so boring."

While Kim made waves earlier this summer when she called out Taylor for bashing the lyrics to Kanye's song "Famous" -- after she allegedly agreed to them on a phone call with West -- Kardashian says she's over the drama now.

"Ugh, do we really have to talk about Taylor Swift?...I'm so over it," she says after Billboard brought up feud with the "Blank Space" singer. "If it were up to Kanye, it all would probably never have come out."

"He can handle it, he has no hard feelings. He doesn't even really care. I just wanted to protect my husband," she says. "I saw him getting a lot of s--t. It wasn't even about a look or anything, or to have this feud — it was like, 'OK, here's the truth.' Done. Let's all move on. I feel like I don't want to talk about her anymore."

Even though the 35-year-old is one of West's biggest fans, she does have a few other musical favorites.

"Chance the Rapper is pretty dope. Big Sean, Eminem," she adds of other hip-hop artists she listens to.

What do you think about Kim's candid comments? Sound off below and check out the gallery above to see more of Kardashian's hottest shots!