Melissa Etheridge and Kelly Clarkson can make a song about anything sound good.

The singer/songwriter stopped by Wednesday's "Watch What Happens Live," where she performed an original track called "The Fixer Blues" with the help of the OG "American Idol" winner.

Etheridge penned the song after chatting with Bravo's Andy Cohen about the split earlier this week ... which led to her being contacted by Angelina Jolie's people for discussing the actress' divorce from Brad Pitt.

"You were here on Monday, you were on Radio Andy with me live, and I was kind of asking you a lot of questions about Brangelina and the breakup because I knew that you had been friends with Brad Pitt 10 years ago," Andy explained on the segment. "And you said some stuff that got picked up everywhere ... and I ran into you this morning crazily and you said you had heard from Angelina's camp and what you had heard was not great."

"There are people whose business it is, whose job it is, to kind of fix things for celebrities," the "Come To My Window" singer revealed.

"And I understand. Sometimes we say things -- and I haven't seen Brad forever and certainly have not seen him since he got married with Angelina -- and every time I say something, it gets out there and it gets turned around and twisted," she said. 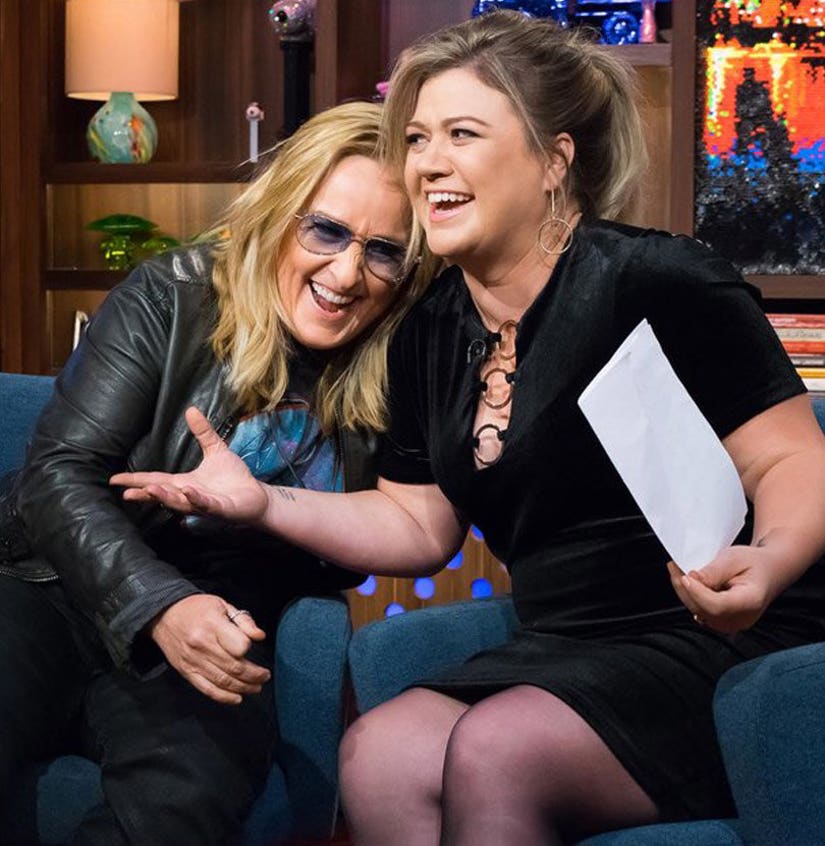 "I thought I would do what I do best, and I wrote a song about it," Etheridge confessed, before enlisting the help of Clarkson to sing the track.

Apparently, the 55-year-old musician wrote the ditty in her dressing room right before coming on the show.

"Oh my god, this is hilarious. I've been reading the lyrics," Clarkson declared before Melissa began singing the song.

Make sure to check out the video above to see Etheridge's "The Fixer Blues"!

What do you think about Melissa's song? Sound off below and check out the gallery above to see more pop stars then and now!