Looks like Jimmy Fallon and Kevin Hart aren't the biggest fans of Halloween.

Hart appeared in a spooky segment for "The Tonight Show" on Thursday, where he and Jimmy explored one of the "scariest" haunted houses in New York City.

Check out the clip above to see the comedians have a total meltdown!

Fallon fell victim to the very first scare, when a loud burst of air caught him off guard. "Come on man!" the "Central Intelligence" star scolded Jimmy. "You're making it worse."

The pair were equally terrified when a group of people jumped out in front of them as they made their way through the house. But things got even creepier when Fallon and Hart entered a totally pitch black room. 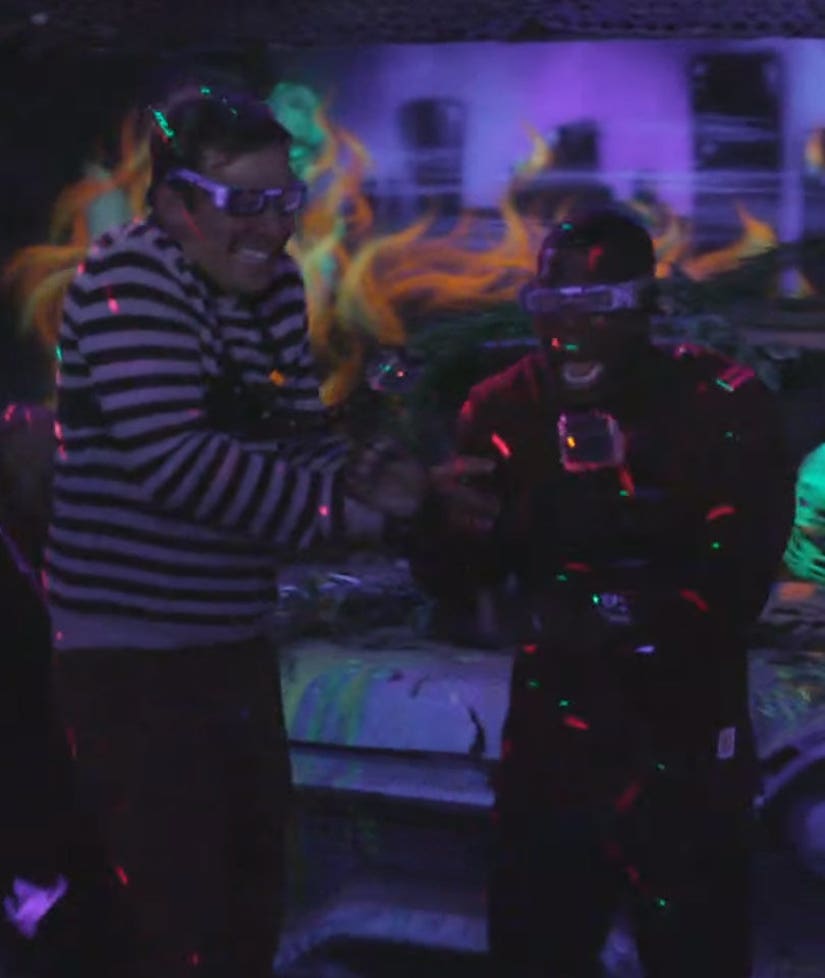 Kevin lost it when someone grabbed his legs. "Hey Jimmy, I farted," Kevin confessed to the "Saturday Night Live" alum. "I had gas."

Things got even weirder when they entered a red room and saw a man seemingly devouring a body. "I don't know what type of freaky stuff you're in to, but stop!" Hart shouted.

When the pair got into a 3D room, Kevin began shouting: "Let me out!"

Eventually they found the exit of the haunted house, and made it through relatively unscathed. "If you guys watch this and at any point it looks like I was afraid, I'm an actor," Kevin hilariously explained at the end of the tour.

How do you think Jimmy and Kevin handled the haunted house? Sound off below and check out the gallery above to see more leading men then and now!