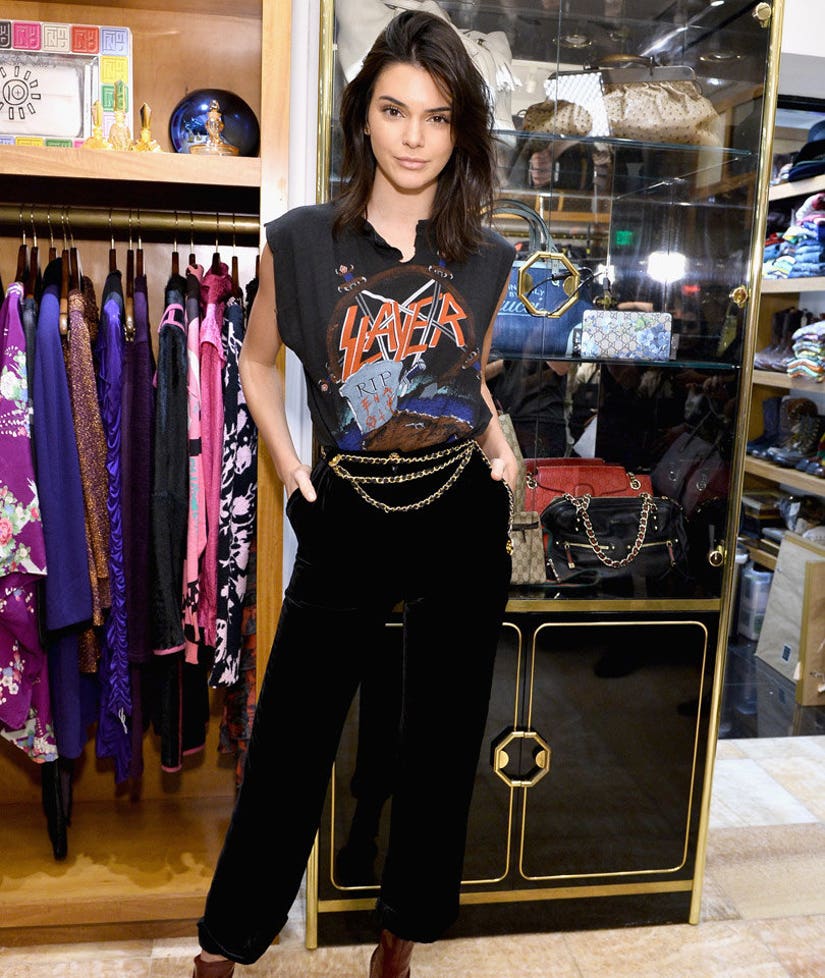 The cameras are rolling again!

On Thursday night, Kendall Jenner made her first public appearance since sister Kim Kardashian's robbery in Paris ... and she brought a camera crew with her.

The reality TV star/model was a special guest at the grand opening of What Goes Around Comes Around in Beverly Hills, showing up to the event in a shredded Slayer t-shirt, velvet culottes and leather boots.

She was was accompanied by a camera crew inside the event, where they were filming scenes for "Keeping Up with the Kardashians." Guests were asked to sign release forms for the show.

"Some family members are doing limited filming for 'Keeping Up with the Kardashians,' although full production has yet to resume," a spokesperson at E! confirms to toofab.

The network announced they were halting production on the series on October 6th, a few days after Kim was robbed at gunpoint inside her Paris apartment earlier this month.

"Kim's well-being is our core focus right now. No decision has been made as to when production will resume," a rep for the network said at the time.

"All of us at E! are incredibly thankful that Kim Kardashian West is safe, and we send her and her family our love and support. 'Keeping Up with the Kardashians' was not filming at the time of the robbery."

Kendall's filming comes at an odd time, as the family -- minus Kim -- already attended a wrap party for season 12 on Tuesday.