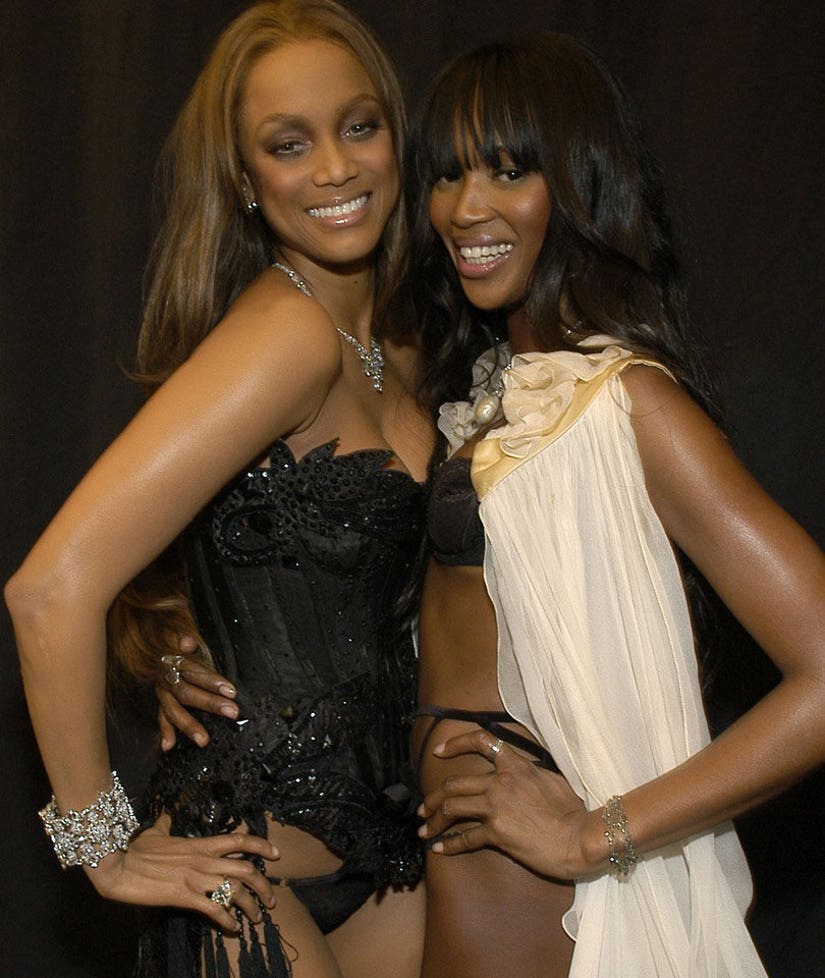 Sounds like Tyra Banks and Naomi Campbell still have some lingering issues over the latter's not-so-model behavior.

The "America's Next Top Model" star opened up about her past with Naomi on the Scandinavian talk show "Skavlan" over the weekend, after she was asked about her beginnings in the fashion world.

"I got to Paris and it was very difficult. I did very well, very fast, but then the industry was saying, 'Look out Naomi Campbell, here comes Tyra Banks,' 'Noami Campbell sit your butt down, this younger one is coming to take your place,'" Tyra, now 42, explained.

"It was really unfair to her because the other models that weren't black, like Kate Moss came up, they weren't saying, 'Look out Christy Turlington, this cheek bone girl has cheekbones higher than yours! Get back!' They weren't saying that," she added. "It wasn't fair to Naomi, but her response, to this day, I'm very scared of her."

While she understands what motivated Naomi's behavior, Banks explained that it was a really tough time for her.

"I don't want to dig too deep into the past, but it was very difficult. Some of the lowest times of my life dealing with that," she continued. "I don't condone her actions and her response, but I understand where it comes from, because the world is saying you're not gonna have your spot, we're gonna take your money, we're gonna take your fame, go sit down, there's somebody else. It's pretty serious. She reacted strongly, but I kind of understand where that was coming from inside of her."

In 2006, Campbell appeared on Banks' talk show to hash out their problems. While Campell, now 46, denied her catty behavior initially, she eventually apologized.

"She kept saying it never happened. Then she came back and said I'm sorry. I cried like a baby," Banks says now. "To hear that, after so many years of pain, dealing with it publicly, the press, everything and me having to leave agencies because of her, my mom quitting her job to be with me. To hear that apology meant the world to me. Thank you Naomi."