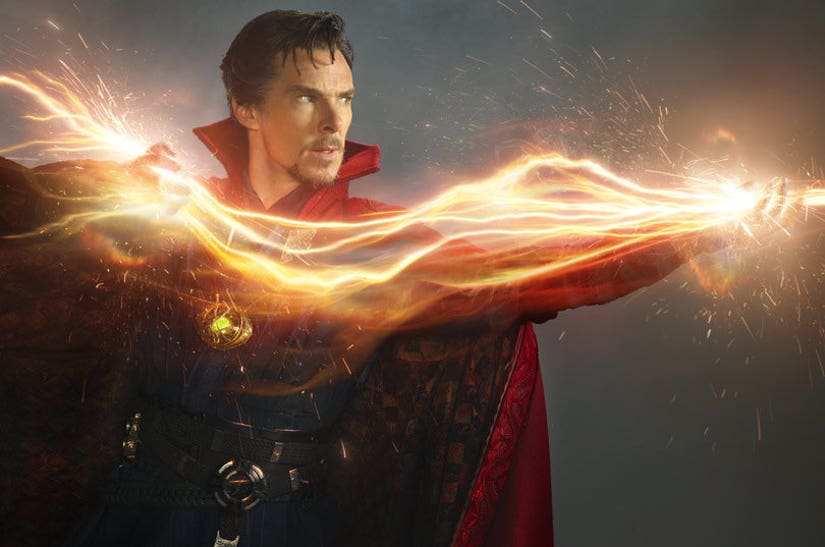 The actor totally transforms for the new Marvel flick, where he not only adopts an American accent and grey streaks in his hair to play surgeon-turned-superhero Doctor Stephen Strange, but also dons one iconic costume.

Fans flipped when the first images of the "Sherlock" star sporting his character's trademark Cloak of Levitation and the Eye of Agamotto surfaced ... and, according to Benedict, he was just as excited to try them on for the first time.

"I was giddy like a child on Halloween," the actor said of his transformation at a press conference for the film on Thursday. "When I first had that moment, I was just giggling."

Making that day even more memorable: Cumberbatch went into a comic book store, in full costume, to buy a Doctor Strange comic.

"I said, 'If my film doesn't work out, I'll stock the shelves,'" Benedict joked. "It was a magic moment, no pun intended. It was very special."

Tilda Swinton, who plays The Ancient One in the film, likened the shoot to being "invited to join the circus."

"You get invited to the bearded lady or painted gentlemen … everybody's so psyched," she explained. "[Marvel president] Kevin Feige is the master of the Big Top and it just feels like such a lucky break for everyone who's working here."

Swinton added that now is the perfect time for a film like this.

"Ego and fear are things to be lived beyond. This is a hot topic," she said, drawing laughs from the audience. "We really need people to remind us right now that ego and fear are not the only option we can live through." 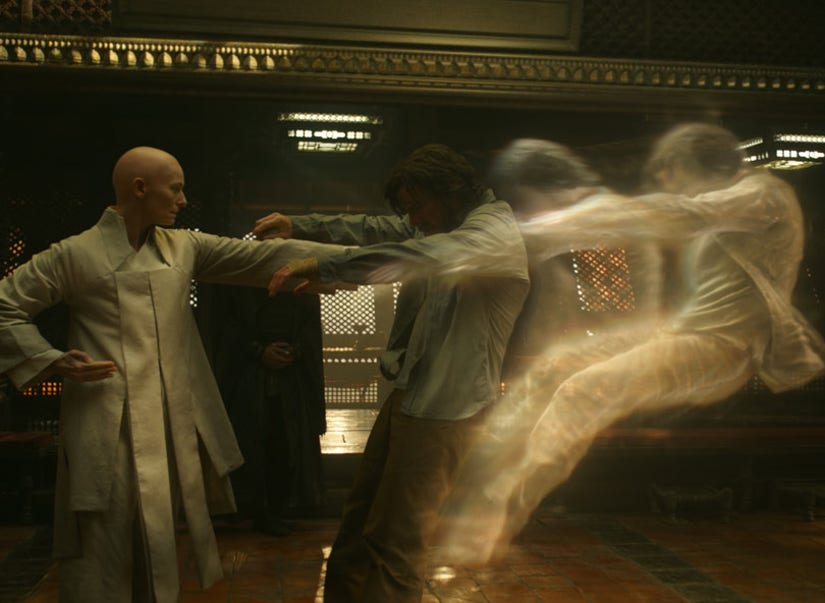 Now is also the right time to make this film from a special effects standpoint. Some of the set pieces in "Doctor Strange" are absolutely dazzling, something that couldn't be translated to the screen when the character was created in the '60s.

"The challenge was to try to make a movie that's as visually progressive by movie standards as the art was in the '60s," explained director Scott Derrickson. "You look at a lot of the panels in the comics … and visual effects have just caught up to do some of the things we do in this movie."

"My goal was for every set piece to be the weirdest set piece in every other movie, each one of them would uniquely odd, unusual and refreshing," he added. "I want to see event movies that use visual effects sequence for more than just mass destruction and get more creative with them."

"We always say we have to keep pushing boundaries," Feige continued, saying the plan was to make a "unique" and "different" movie that introduced "supernatural realm" that we'll see more of down the line.

"Marvel was really completely behind the idea of trying to push the boundaries of what a set piece in a tentpole movie can be," added Derrickson.

See "Doctor Strange" in action when the film drops November 4.