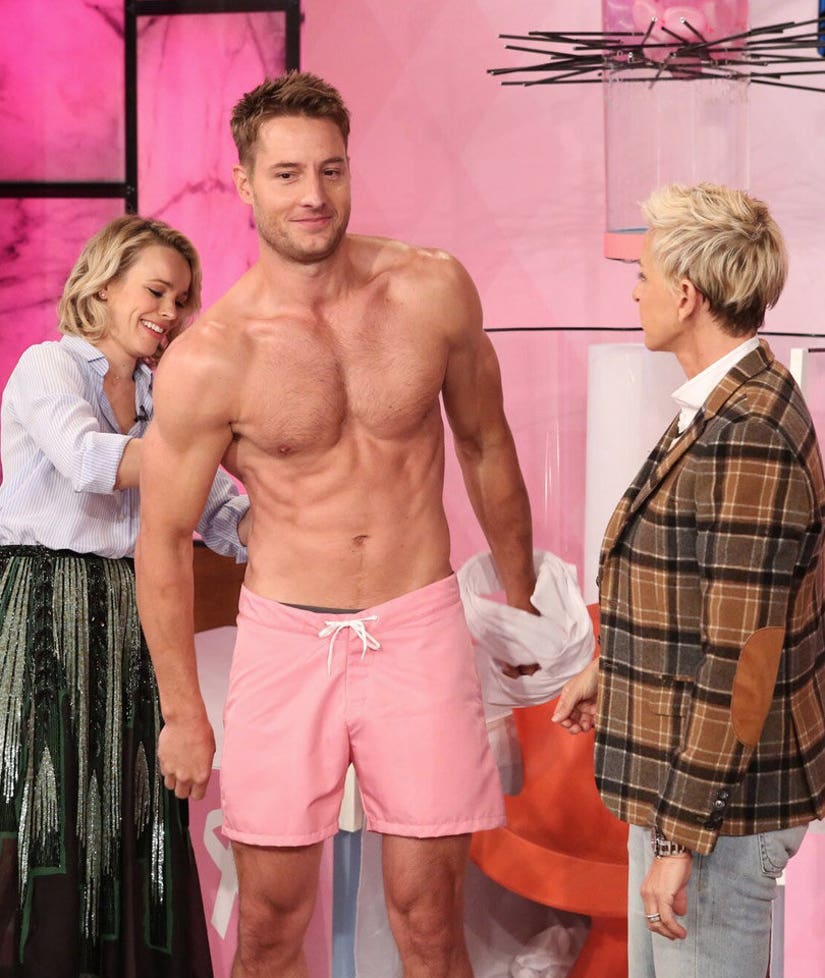 Getting wet for a good cause!

"This Is Us" star Justin Hartley loses his shirt on Thursday's episode of "The Ellen DeGeneres Show" when the talk show host and Rachel McAdams, of all people, participate in a game called "Oops! My Water Broke."

Ulta Beauty agreed to give $10,000 to the Breast Cancer Research Foundation in honor of anyone who was "willing to get wet," donating another $10k if Hartley agreed to take off his top. Thankfully, he did.

The 39-year-old actor then sat under a tube full of water balloons, as McAdams and DeGeneres pulled out sticks holding the balloons up one by one. Eventually, Hartley was totally soaked, while the crowd cheered!

Before getting drenched, Hartley opened up about his humble Hollywood beginnings, as he reflected on his time working on the absolutely ridiculous soap opera "Passions."

"I shared a dressing room with the orangutang, Precious," he revealed. "I was not that high up on the totem pole. This animal would jump off the back of the sofa and do a dive bomb on its skull. The first time I was sharing a room with this animal, I jumped towards the animal because I thought it was going to split in half, but the thing was fine, it smiled and then went to the bathroom."

"I did, and now I have my own dressing room," said Hartley, "That's when you know you've made it!"

Hartley is currently starring on "This Is Us," airing Tuesdays on NBC.