Khloe Kardashian might be ready for a big change!

In a new sneak peek of Sunday's "Keeping Up with the Kardashians," Khloe tests out some implants to see if she'd actually consider getting her breasts done.

Check out the clip above to see how Khloe looks with a biggest bust and find out if Kim Kardashian think her sis should go under the knife!

"That's all you've ever wanted is cleavage," Kim says to Khloe in the clip, as the blonde beauty dances around with the fake implants in sports bra.

"That's amazing!" Khloe says as she shows off her cleavage. "That's like huge," a doubtful Kim replies. "It really is a tougher way to live," Kim says about having a bigger chest. 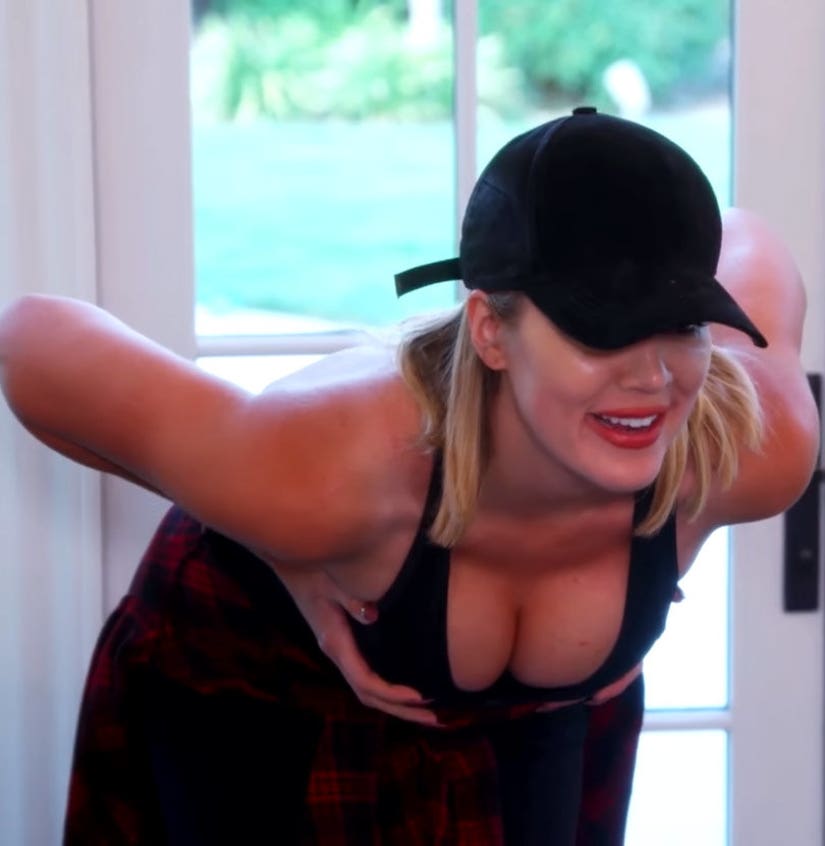 The real test comes later, when Kim has Khloe try working out with her new friends. "I think Khloe doesn't get how hard it is to work out when you really like have big boobs like bouncing around everywhere," Kim explains later in an interview.

Make sure to check out the clip above to see how Khloe likes working out with a much bigger chest and tune into Sunday's episode to see what the 32-year-old decides to do!

Do you think Khlo should go under the knife? Sound off below and check out the gallery above to see more of Kardashian's hottest shots!