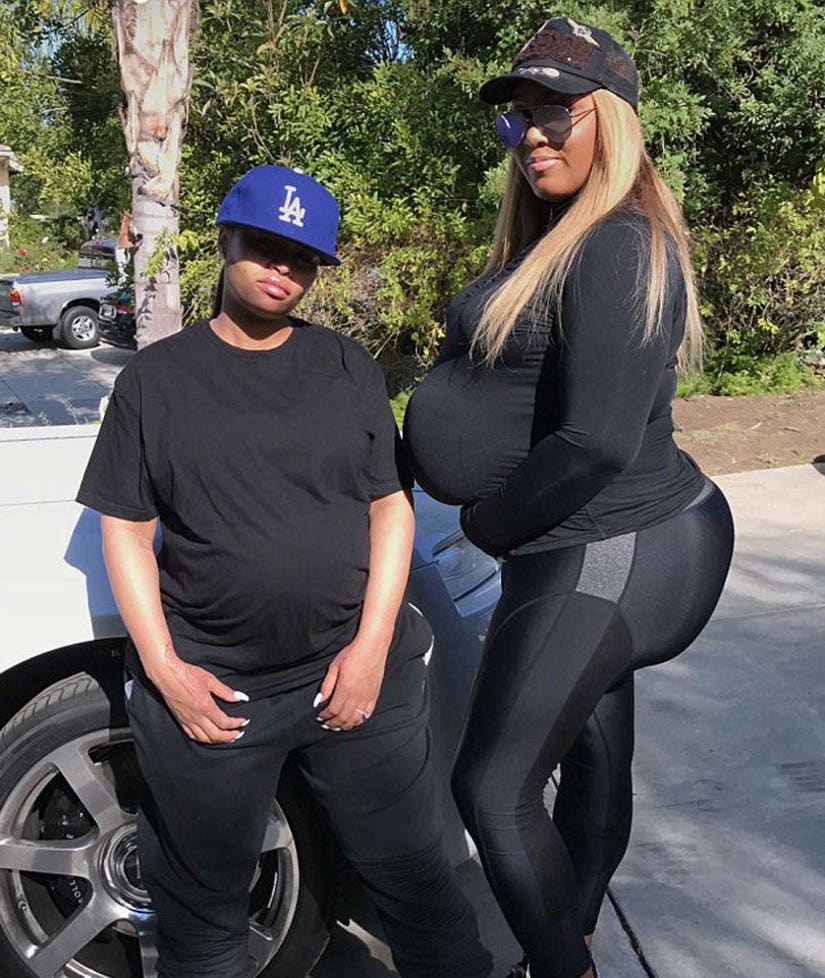 The pregnant star decided to dress up as her own fiance for Halloween, documenting her transformation on Instagram and Snapchat on Monday afternoon.

Blac Chyna was joined by a female friend, who dressed as the expecting star. In a video shared on Insta, "Rob" is seen escorting his baby mama inside their home, as he snaps at the paparazzi.

It looks like the reality star may have gotten her costume idea from her own son.

Earlier in the day, she shared another video of her and Tyga's son, King Cairo, also decked out in a Rob-inspired ensemble.

Kardashian's future-bride posted the clip of her boy this morning, captioning the video, "This is the cutest thing ever I must say!! King doesn't want to be the Ferrari man anymore for Halloween but instead wants to be Rob!!!"

Check out the video below -- who did it better?!

See our full breakdown of this year's costumes -- as we talk our favorites and a few we didn't care for with **"Ash vs. Evil Dead"** star Dana DeLorenzo -- in the video below!