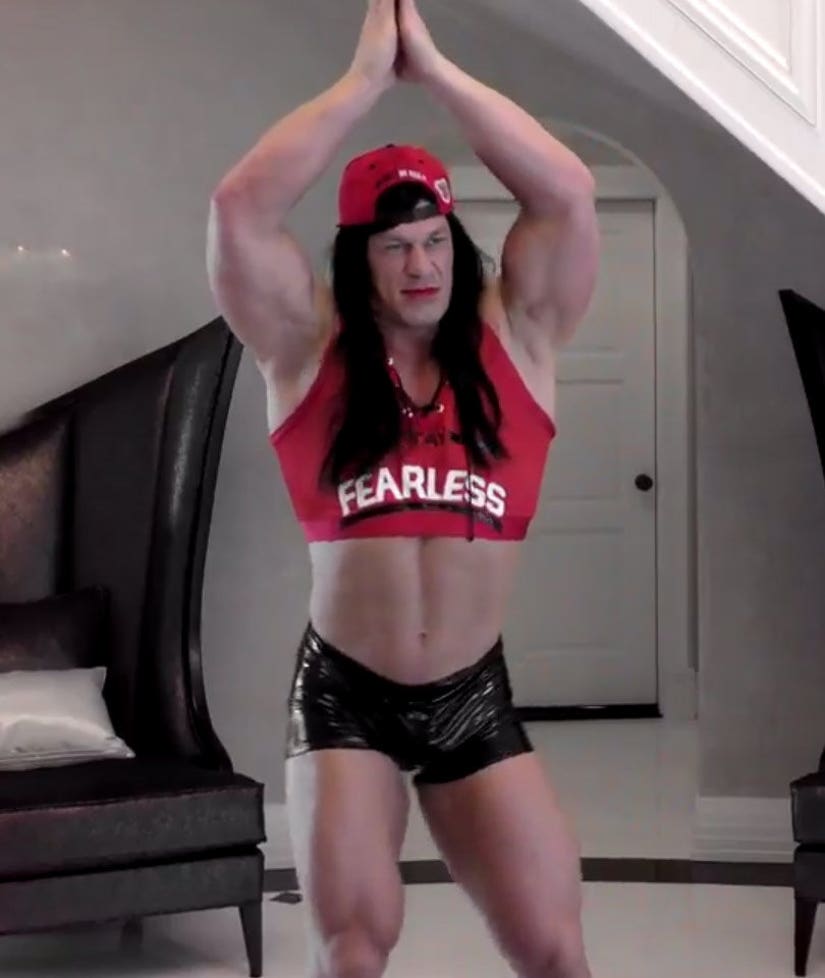 The couple who dresses up as one another for Halloween ... totally freaks us out!

At least, that was the case when John Cena and Nikki Bella unveiled their Halloween costumes, which saw them doing their best impressions of one another in a faux "Total Bellas" promotional video.

In Cena's case, that meant the 6'1" pro wrestler squeezed himself into leather short-shorts, a crop top and wig when recreating Bella's booty-flaunting WWE entrance routine.

But nothing was quite as unsettling as seeing Cena open his mouth only to have his ladylove's high-pitched voice come out.

Bella also got in on the action, recreating Cena's WWE entrance by wearing his trademark sweat wristbands and waving one of his "Never Give Up" banners.

And speaking of never giving up, the brunette beauty has admitted that she will persist in her hopes of one day marrying Cena -- despite the fact that the 39-year-old has admitted to never wanting to get tie the knot again.

In an interview with Latina magazine back in June, Bella admitted that she has "marriage fever" and regularly tries to change Cena's mind on matrimony.

"I have to remind him when I get hit on, 'I got hit on because no one saw a ring,'” she explains. "The good thing is, he's more open to marriage now -- kids, unfortunately, no."

And while the 32-year-old is open about wanting little ones, her beau's feelings on the matter aren't necessarily a dealbreaker.

What do you think of Nikki and John's costumes? Terrifying or cute? Sound off in the comments and check out more celebrity Halloween costumes in the gallery above!