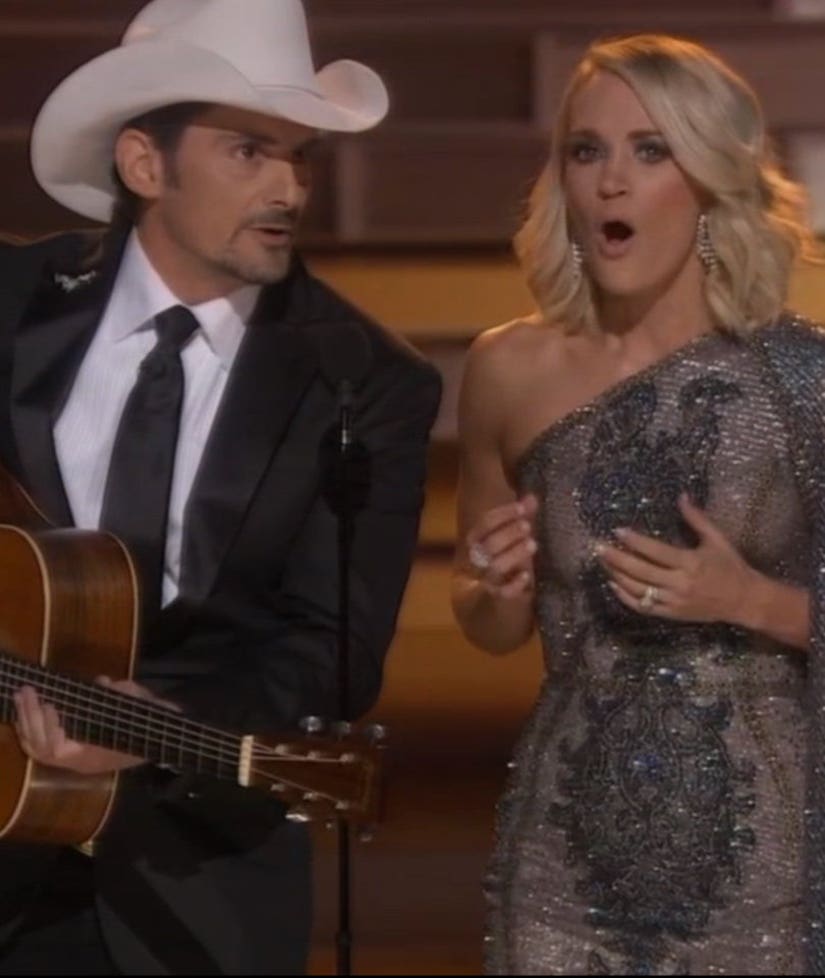 The 2016 Country Music Association Awards kicked off with politics -- and both Donald Trump and Hillary Clinton got skewered.

And they let us know how they really feel about the election right off the bat.

"The race is on and its on every channel, it's making my head spin ... we're so sick of politics, we don't even care who wins," the two sang. "Won't it be refreshing, instead of the election, to watch us all singing up here. Can you believe a bunch of hillbilly singers been doing this for 50 years?"

Underwood then went on to name the 2016 Entertainer of the Year nominees, as Paisley mocked Trump by shouting "Wrong!", "Lies!" and "Crooked Carrie!" behind her.

Paisely went on to throw his support behind Underwood, saying, "I love all you guys but hashtag I'm with Carrie," a nod to Clinton's "I'm With Her" slogan. "What I think doesn't really matter," he added, "because this show is rigged. Bigly."

"Will you accept tonight's results?" Carrie asked. "Yes, if I win," Brad shot back. When the former "American Idol" winner pointed out that he's not even nominated this year, a ticked Paisley replied, "Then no. You're a nasty woman!"

The duo later brought out this year's gift basket, which they referred to as a "basket of deplorables." Said gift bag was filled with things like cammo, ammo and beer goggles.

What do you think of their comedic sylings this year? Sound off below!