The actor-turned-director stopped by "The Late Show" on Tuesday, where he appeared in a segment, "Big Questions With Even Bigger Stars," alongside Stephen Colbert.

During the skit, Mel revealed if he has any regrets, what he'd tell his younger self and who he'd love to go back in time to meet.

"Hey, Mel Mels," Colbert asked the "Braveheart" star. "When you look back on your life, do you think you'll have any regrets?"

"No, not one," the bearded actor quipped. "They tend to come in clusters."

Stephen followed up that question asking the "What Women Want" star if he'd give any sort of advice to his younger self.

"I'd tell my younger self to shut the f--k up," he hilariously confessed, a likely reference to his controversial remarks during his 2006 arrest. 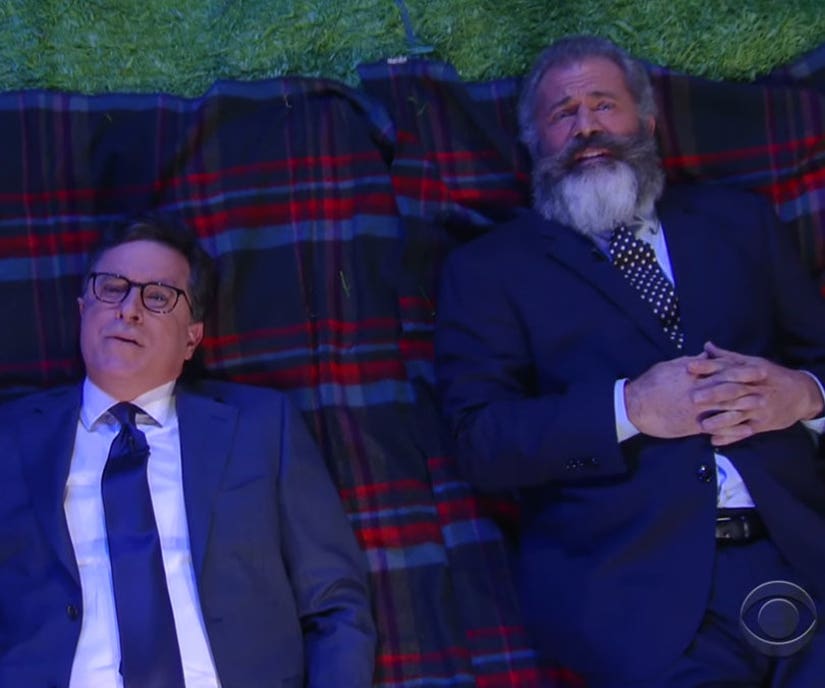 The duo likewise discussed their favorite scary movies and feelings about love, before revealing who they'd each like to go back in time to meet.

"If you could go back in time and meet one famous person who would it be?" the "Hacksaw Ridge" director asked Colbert.

"Probably a young Mel Gibson," Stephen confessed. "Before I had this road kill on my face, I was the sexiest man alive," Gibson remembered.

"Who would you go back in time to meet, Mel?" Colbert asked. "Probably Jesus," Gibson confessed. "Of course, you'd want to know if he liked 'The Passion of the Christ,'" Stephen joked.

"No," Gibson responded, "which 'Lethal Weapon' movie was his favorite."

What do you think about the actor's confessions? Sound off below and check out the gallery above to see more leading men then and now!