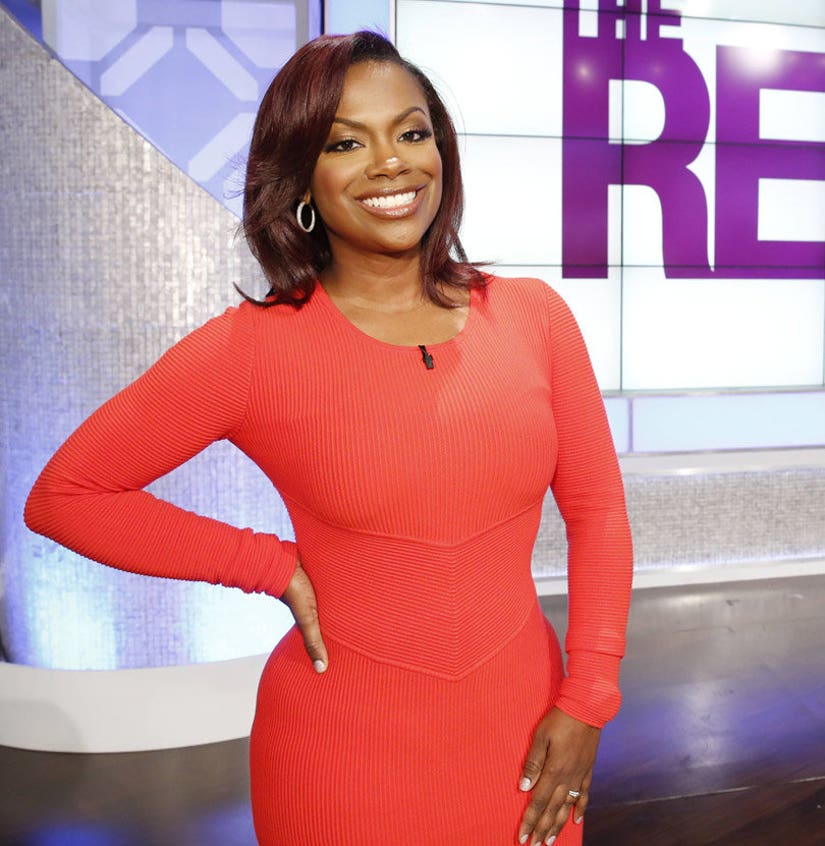 The 40-year-old was firm in denying that the trio ever got it on, but she did reveal that she and Williams engaged in a rather intimate moment.

"There was a girl-on-girl kiss between she and I that she initiated," the reality star confessed. "This was like two years ago and she invited us to her hotel."

And the mother of two, who was open about the smooch, revealed that she is unhappy with Williams twisting their encounter into something she claims never happened.

"Now when she said what she said, it pissed me off because I was like, 'You're lying' or whatever," she continued. "But at the same time, I'm like, OK, everyone's gonna assume that she's telling the truth because obviously, you know, I have [sex toy party and consulting company] Bedroom Kandi--they assume that I'm just so freaky."

But when a friend reminded her that she could dig up evidence in her favor by going through old text messages, the former Xscape band member got to work diligently combing through two years' worth of old messages until she finally found a message from Williams that was delivered shortly after their kiss.

"She came at us," Burruss reiterated. "She asked us to come to the after hours spot. We never asked her to go anywhere, so I think it was just her continuously trying to make me look crazy, because they do things sometimes to try to manipulate the fans."

And speaking of fans, Burruss says they can expect more drama between her and Williams, revealing that her nemesis also "threw shade" at her about a completely unrelated issue this season.

Are you shocked by Kandi's racy revelation? Sound off in the comments!