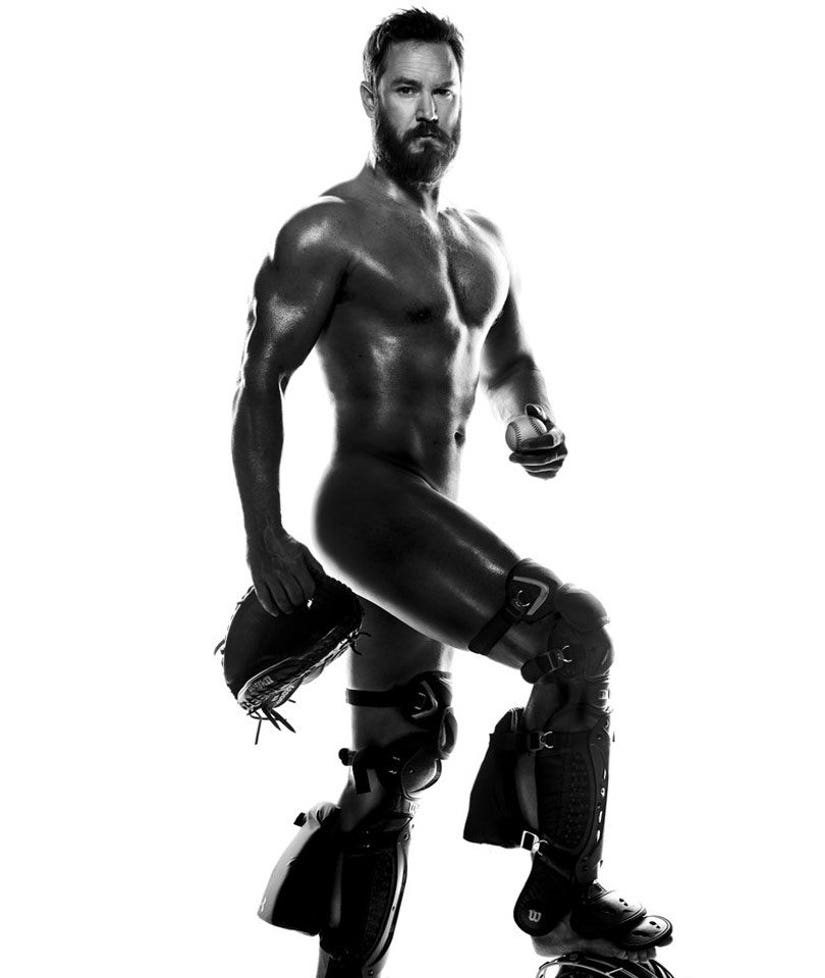 If you haven't been watching "Pitch," THIS is what you've been missing.

On last night's episode of the Fox freshman series, star Mark-Paul Gosselaar gave everyone the vapors by taking part in a totally nude photoshoot. Gosselaar plays a baseball star on the show, which chronicles the fictional tale of the first female pitcher in the MLB after she starts playing for the San Diego Padres.

On Thursday's installment, the entire team poses in the buff for ESPN's annual Body Issue, to show support for Ginny (Kylie Bunbury) after a nude photo leak.

"Filming that scene where we were all naked—Mo [McRae, one of his costars] and I had been training for that for months, knowing that was coming up," Gosselaar tells TV Insider of the shoot. "We pushed each other to continue dieting and working out, and all that stuff. It helps if you have someone like-minded who has your back; Mo is definitely that person."

And yes, before you ask, that is all MPG. A rep for the show assures us the final photo is the real deal.

"I was happy the way it turned out. I don't know how much they show, but the photos I saw, I was like, 'Wow, that looks pretty damn awesome,'" the 42-year-old "Saved by the Bell" alum added of the pics.

Gosselaar actually gained some serious weight ... and grew a beard ... for the role, making him nearly unrecognizable.

"I'll keep that a secret because insurance, because I may not qualify for life insurance," he said of how much he put on at the 2016 TCA Summer Press Tour. "They always ask you oh have you gained or lost five pounds in a year and I'm like, 'Five pounds? I lose that in a week! I gain it in a week.' It was substantial."