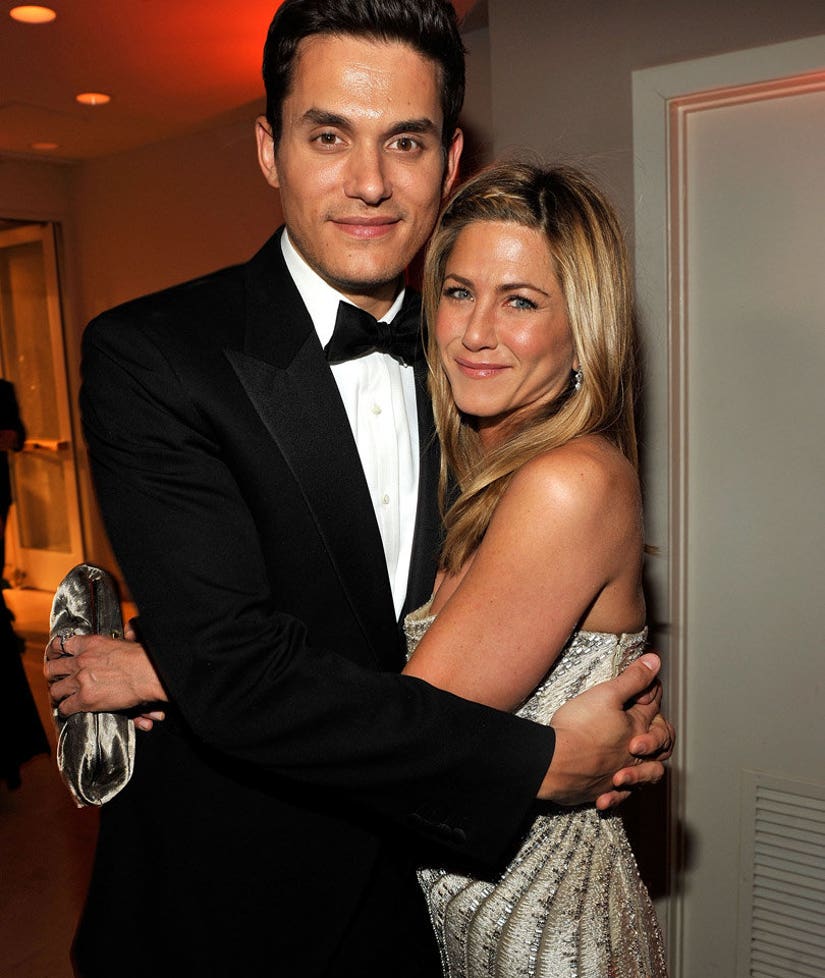 The Taylor Swift/Katy Perry feud isn't the only celebrity bad blood Andy Cohen's been witness to -- he also had quite the moment with John Mayer and Jennifer Aniston!

In his new book, "Superficial: More Adventures from the Andy Cohen Diaries," the "Watch What Happens Live" host details an awkward encounter between the two exes while he was out for drinks with Mayer.

Cohen and the singer were having a night out in Los Angeles at Sunset Tower, one of Jen's favorite spots in the city. Just their luck: Aniston was there with "Friends" costars Courteney Cox and Lisa Kudrow.

"When I write about the dinner at Sunset Tower that I had with John Mayer, and Jennifer Aniston and the cast of 'Friends' were the only other table in the restaurant, it's like who could imagine this scenario happening?" he explains of the story to The Daily Dish. "So I'm turning to John Mayer saying, 'Wait, have you seen Jennifer Aniston since you broke up?' and he's like, 'No.'"

In the book he writes:

[I] began asking John when was the last time he saw Aniston, how awkward this was, and if there were ways I could make it more awkward. We realized they had to walk by our table to leave and that would be a 'moment. We wondered if it was more fun at our table or theirs.

Andy adds that he had just seen the women at their big "Friends" reunion, so he went over to say hello. Cohen says he asked John if he wanted to join him, but Mayer "told me with a look that the Queen of Smartwater would not be having it."

Luckily for John, him and Andy left first -- so there was no "moment" for the ladies to walk past them.

"As much as I would've loved to see the ultimate reunion -- Aniston and Mayer -- we left before they did and went to bed. Separately," he writes.

Looks like Andy is always at the right place at the right time! Click here to see his equally-amazing story about the Swift/Perry shade at the Met Gala.