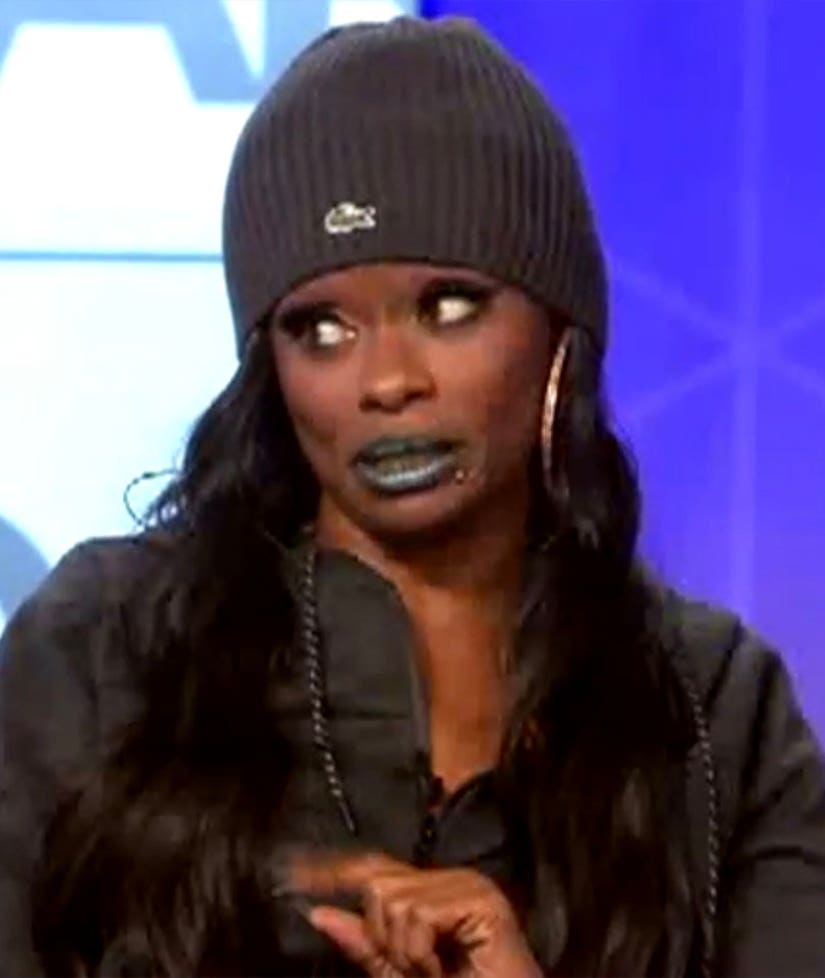 Tokyo Toni -- AKA Blac Chyna's mother -- appeared on local Philadelphia talk show The Q, and had a lot to say about her daughter, about Rob Kardashian, and her rumored ongoing feud with Kris Jenner.

In an interview with Quincy Harris, The Q's host, Toni talked a bit about her latest charity endeavors -- a tour that she's been taking up and down the east coast, dubbing it "The Tokyo City Food Drive," which kindly offers help for the homeless -- but Harris was obviously more interested in Toni's relationship with the K-Klan, and their effects on her daughter.

About rumored fights with Kris Jenner, alleged drama in the delivery room, and reports Toni had gotten kicked out, Toni rolled her eyes dramatically and said, "They just don't know how to stop telling those lies. Untrue. It was a very beautiful moment. A good day. We shared our kid. You know, our kid had a kid, so it's fine. No."

"Untrue," she reiterated. "That's not true."

Harris then asked Toni if she and her daughter were on good terms despite living decidedly different lives. Toni responded, "We are always on good terms. This is the thing: Chyna is Chyna, and Tokyo is Tokyo. We're both in the public eye, but in different arenas."

"That's my daughter," Tokyo simplified. "I'm not her friend. I wear one hat, that's the mommy hat. I protect my daughter the best that I can." About Rob, she said, "Rob is the best person for my daughter. I love Rob to pieces, we talk on the phone for hours. I let Rob have it sometimes ... it's an everyday relationship just like anybody else. He is the average person. I love Rob with all my heart, and I hope to hear him tie this knot. ... I'm pushing it."

About the impending nuptials between her daughter and Rob Kardashian, Toni told the camera, "Mr. Rob Kardashian ... come through. And marry my daughter."

When asked by the host who her favorite Kardashians were, in order, Toni answered, "Kris, Rob, Kim ... there are no more," apparently leaving out Khloe and Kourtney entirely.

As for the Jenners, though, she somewhat balked. "I don't know them," she said of Tyga's girlfriend, Kylie Jenner, and her sister, Kendall. "I just met them when they were kids."

Seems like there's some tension there ... but not exactly what most people are apt to believe.

Weigh in on the comments -- what do you think about Toni's message to Rob about her daughter?