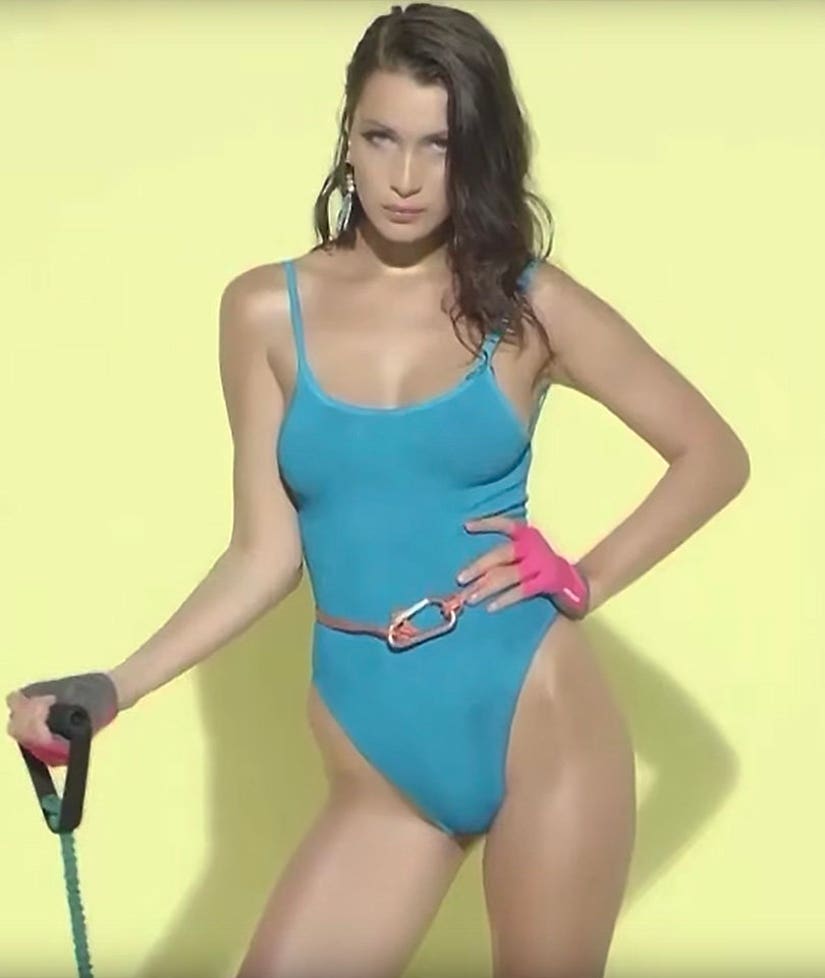 It's all about Bella Hadid this week.

The model sizzles in the first day of Love Magazine's annual advent calendar, which dropped online just one day after she made her runway debut for Victoria's Secret.

Hadid's motif? A full aerobic workout, with complete '80s gear, and a ... cigarette? Okay then. In the vid, Bella is shown seductively eating a banana, and appears to be modeled after Eric Prydz's iconic "Call On Me" video.

The Love video was shot by Rankin, and is titled "Aerobics." The light-weight activity might not have gotten the younger Hadid sister's heart pumping, but ours? For sure.

Check out the nearly-too-hot for public consumption video below and weigh in on the comments -- what do you think about the Victoria's Secret supermodel's hot video?

Move over, Elle Macpherson -- we may have a new "Body" in the house!