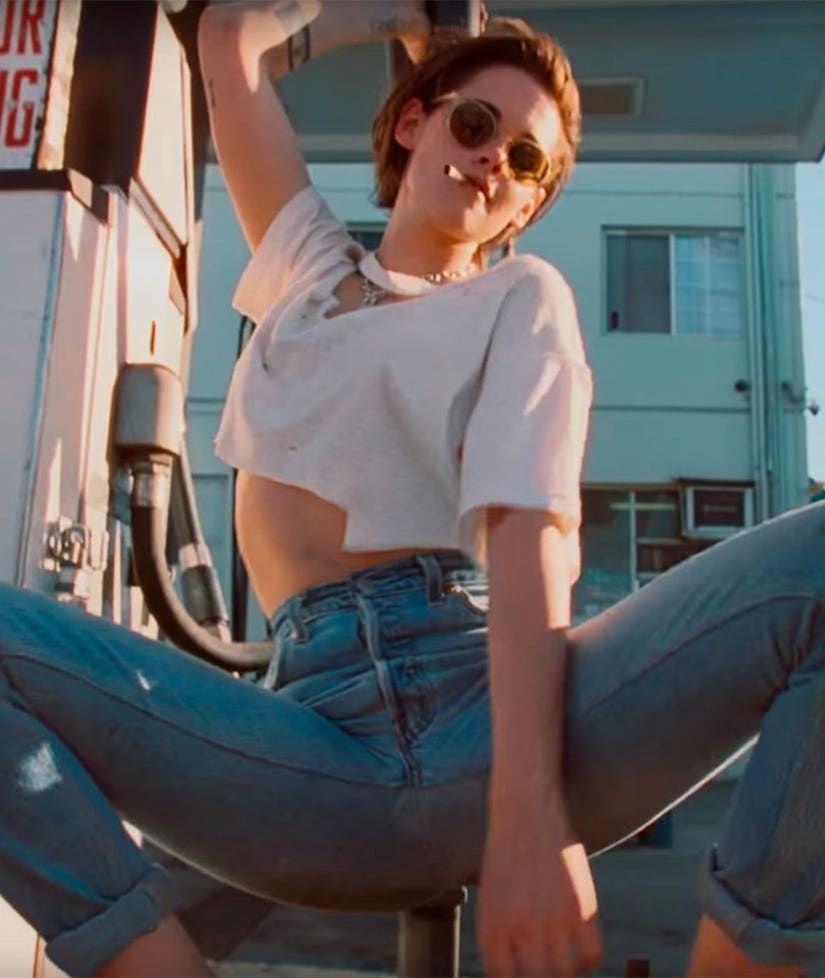 Kristen Stewart and The Rolling Stones -- who woulda thought?!

The former "Twilight" actress showed off her gorgeously gritty side, and recently starred in the Stones' new music video for "Ride 'Em On Down."

In the visually dazzling vid, she seductively sucks on a blue lollipop -- which, of course, matches her classic car -- pole dances, picks up beer, smokes at a gas station, and exhibits some generally saucy -- and much welcomed! -- behavior as she races through the deserted streets of Los Angeles.

In one shot -- around the 3:15 mark -- Stewart nearly shimmies out of her top ... and she's not even wearing a bra underneath! Who even knew the endearingly awkward K-Stew could even dance?

The video features drifting and skidding in and out of huge puddles, and features a "police" intervention ... but it's not what you think. In the final shot, Stewart is shown staring ahead and throwing the finger at the camera.

See the video below and weigh in with your comments -- what do you think about this sassy new side to Kristen Stewart? More importantly, can someone explain the significance of the zebra? Watch that video and let us know!