Amy Schumer appears on Monday's "The Ellen DeGeneres Show," where she reveals how her last trip with boyfriend Ben Hanisch went terribly wrong after they both got serious food poisoning.

"Neither of us had ever been to France -- because we're both trash -- and so we were like let's go," she told Ellen. "So we go, and it was like we want to be romantic. It's an intimidating city. So we had one of those hotels where someone goes to the bathroom and [coughs] and you hear it loudly in the whole room. You could hear everything."

"We both got violent food poisoning," she reveals. "And so it hits him first and he's in there just blah blah [mimics vomiting], and then the way it manifested itself in me is basically I was in there just ... how do I say this, just [pretends to bend over a toilet] machine gun! I knew it was over. I was telling him, 'It was so great dating you, I wish you the best of luck. You're going to meet the greatest girl.' But I knew, I knew it was over."

Schumer said it got so bad that she was eventually sick from both ends. Yikes! "That was when I learned to never throw up in a wicker basket."

Luckily, the icky experience didn't end their relationship after all. The duo just celebrated their one-year anniversary. "He's very lucky," she joked.

Later on the show Amy opened up about calling out body-shamers on social media.

"You know, there was an announcement I might star in this movie playing – I won't say the name, but it rhymes with Shmarbie – and of course there was a headline that was like, 'Water Is Wet and Amy Schumer is Being Trolled By...' you know. So a bunch of times throughout my career, people have been like you're too fat or just, I've been, you know, bullied," she explained of the recent incident.

"And what's cool is, from being in the public eye for this long, is people – first of all, you build up a thicker skin from it and then you're like wait a minute, no. I look in the mirror and I know who I am and I feel beautiful, and I feel strong and sexy. And it doesn't matter – thank you," she confessed. 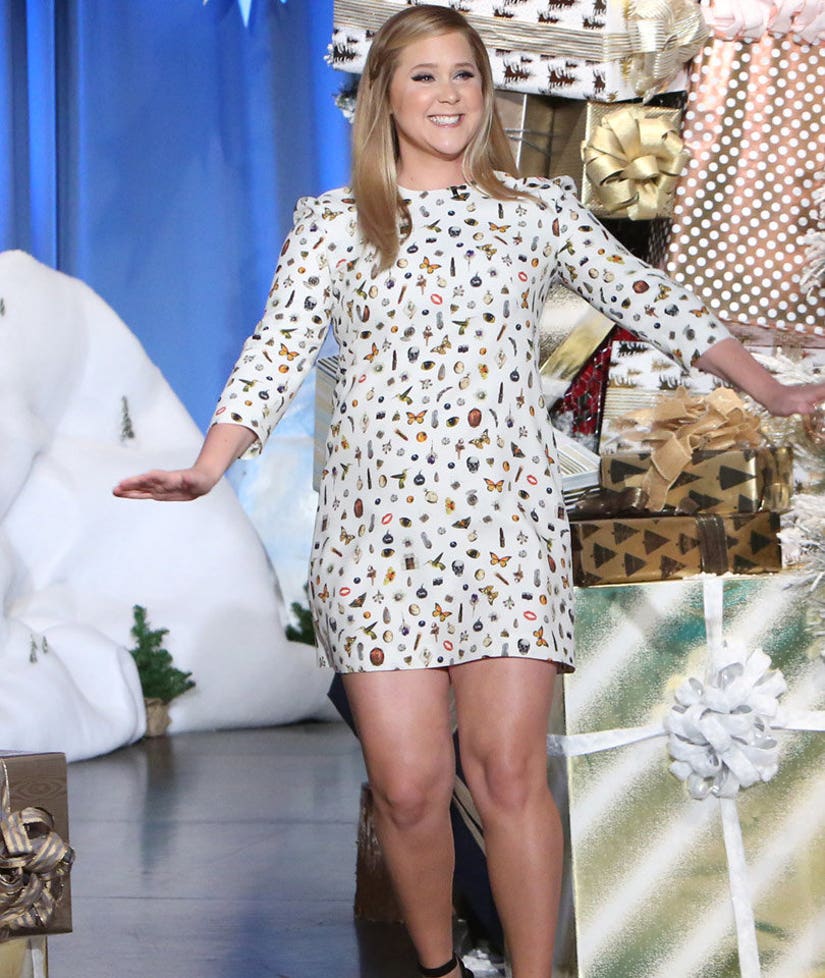 What do you think about Schumer's hilarious Paris story? Tell toofab in the comment section below!