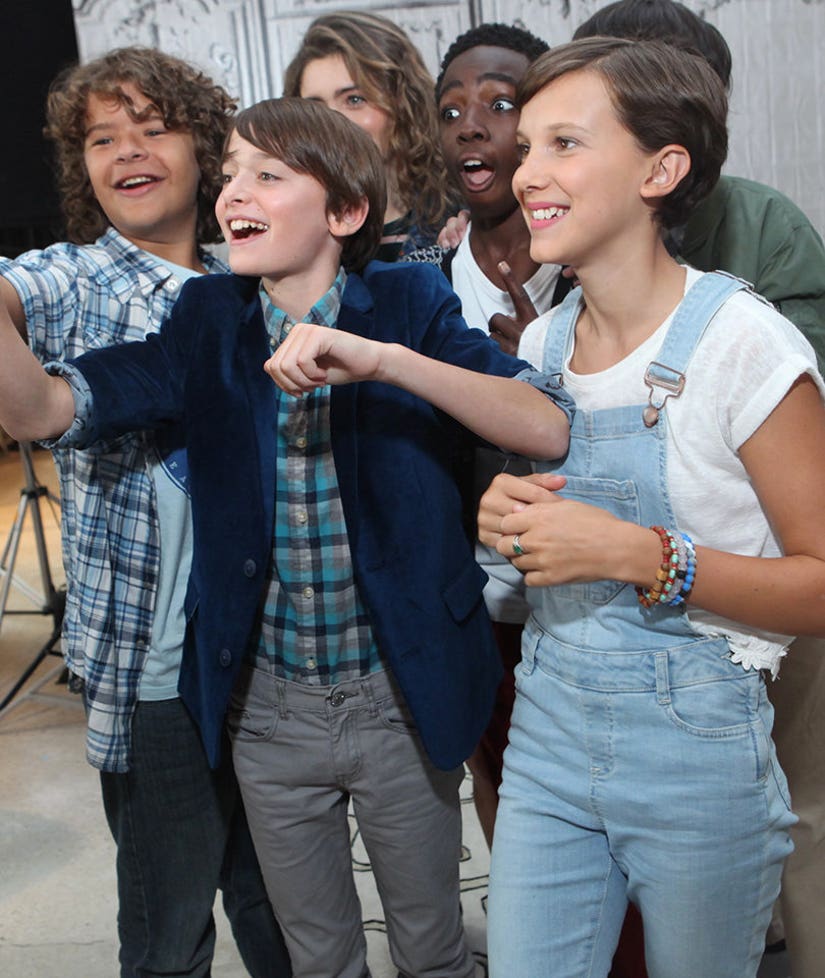 The kids of "Stranger Things" just went from Emmys "Uptown Funk" performers to bona fide Golden Globe nominees and their reaction to the news is in a word: adorable.

The kids cross their fingers, get antsy, and then break into full-blown celebration mode after the Netflix show is announced as one of the contenders the contenders Golden Globe nom for "Best Drama Series," and began hugging and cheering.

You can't help but feel moved by their happiness, and hope that their multiple award-nominated show takes this year's Globe home.

The "Stranger Things" official Twitter account posted the following video with the caption, "When you wake up to #GoldenGlobes nominations for best drama series and best actress in a drama Winona Ryder."

Watch the video (below) and see the gallery (above) for more child stars now and then!

When you wake up to #GoldenGlobes nominations for best drama series and best actress in a drama Winona Ryder: pic.twitter.com/Kw5JkXD4TM