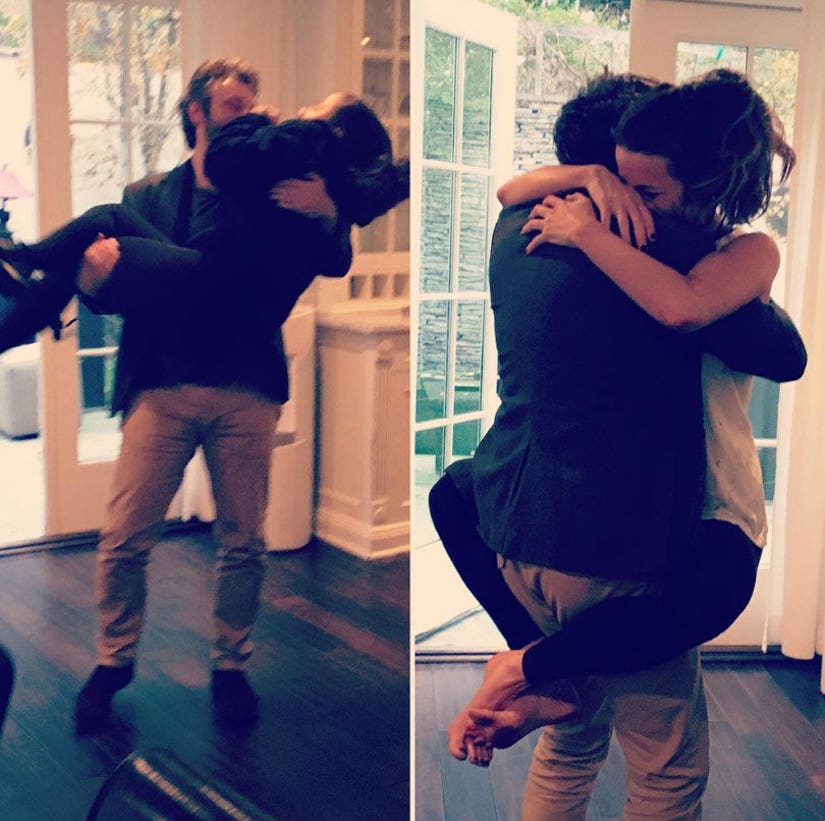 Kate Beckinsale found herself in hot water with her daughter over one of her recent Intstagram posts.

"I got into a bit of trouble at home for that," Beckinsale told TooFab's Brian Particelli Sunday during an interview for the new "Underworld: Blood Wars" film. "She said, 'I wish you'd said I got into the college of my choice, because it sounded like you had no hope of me getting into any college anywhere, made me sound like a loser!"

The actress went into proud mama mode last week when she celebrated Lily Mo Sheen's college acceptance news on social media, but the teenager wasn't thrilled with how she did it.

The photo showed the actress celebrating the news with her ex Michael Sheen and their daughter. "The appropriate fatherly response when you find out your girl got into college: burst into tears, drop everything, rush over and pick up everyone even remotely involved," Kate captioned the shot. "@lily_beckinsale we are so unbelievably proud of you. Fly fly fly."

When asked if she often gets into trouble for her posts, Kate laughed, adding "Sure, but that keeps it fun doesn't it?" 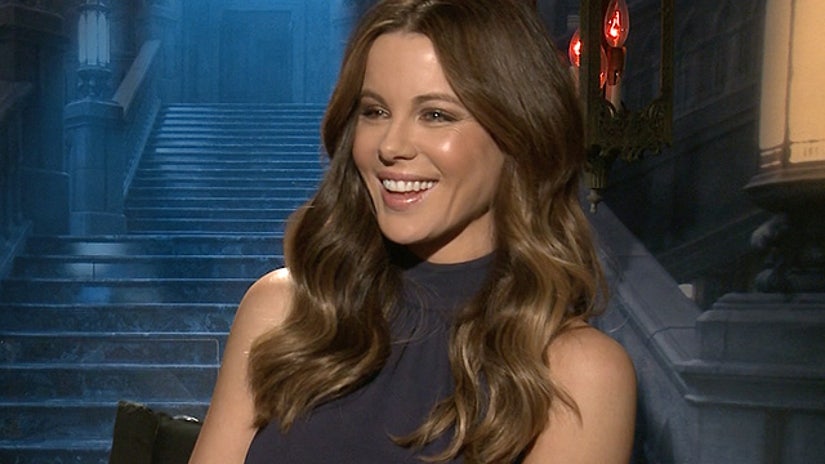 Kate slips back into Selene's leather corset and catsuit for a fourth outing as the vampire Death Dealer, 13 years after the first film. During out chat, Beckinsale told TooFab she never thought the franchise would have such long legs.

"God no, I was amazed I made it through the first movie without being fired," she revealed. "It was such a huge stretch for me."

"I think the thing is, because we're not based on a comic book or a book anything like that, there was never the expectation of that and really I think they took such a gamble on everything," she continued. "At that time, it was much more unusual for a female led action movie to actually work and for people to think that was a good idea. It was a first time director, it certainly was a first time for me doing anything like this. It was one of those things like, 'Oh, let's see how this shakes down.'"

Though co-star Theo James told us he's likely done with the franchise after this latest installment, Kate was less decisive.

"We always have gone on a case by case basis," she said of future films. "Obviously, if there's not an audience for it, we certainly don't need to keep throwing things out there. If it seems like there's another place to go, then I guess we go."

"The thing I really liked about this movie is she gets kind of a kicking emotionally and that felt really good," she added. "The first movie she was kind of emotionally contained. Who knows what's next, maybe she'll got into therapy!"

One thing's for sure: if she does return, you can expect the costume to stay the same. Though Selene does get a "mini makeover" this time around, she almost got a entirely new look, before filmmakers decided otherwise.

"The beginning of this movie, [the director Anna Foerster] was quite keen to change the costume completely and it just didn't feel like Selene," Beckinsale admitted. "There were just some things that needed to kind of stay."

"They're both the same studio, so I can't even say me," Beckinsale joked. "It'd be a very close thing and then hopefully they could just be friends … commiserate over their tight black trousers!" 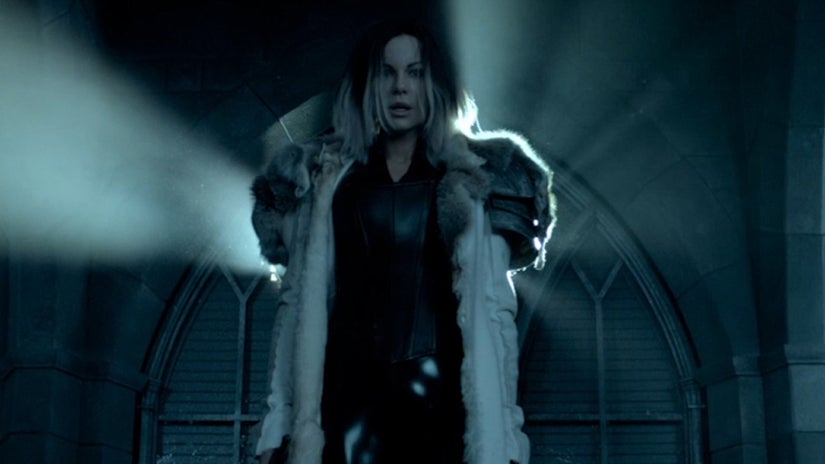