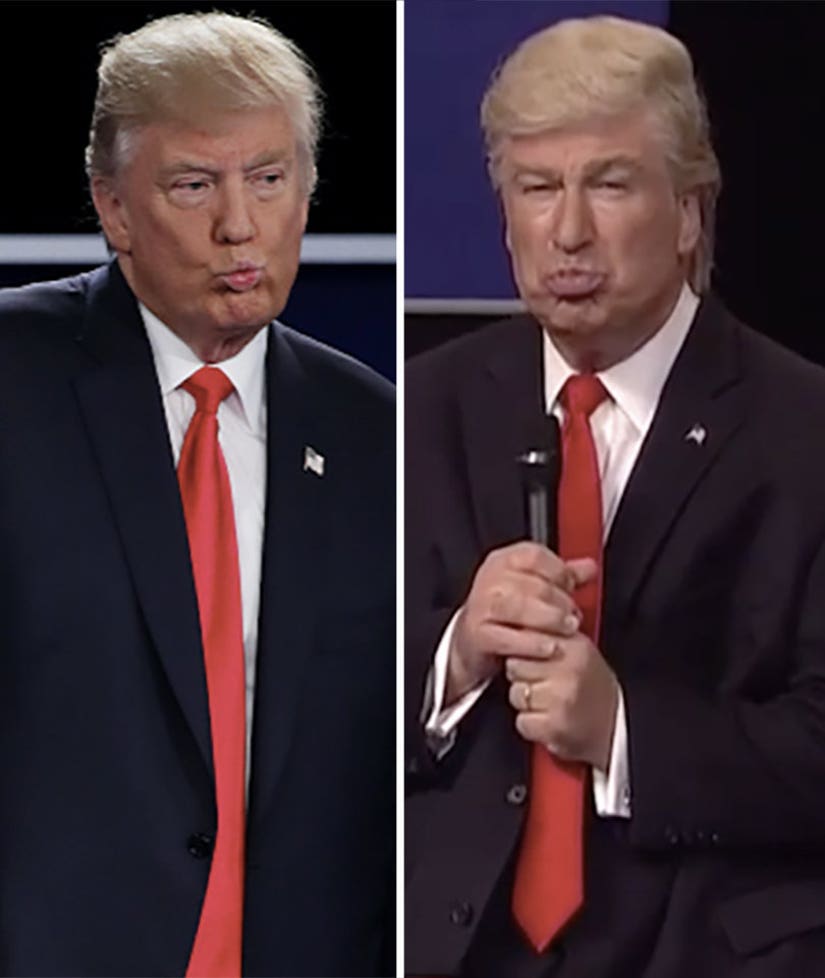 Alec Baldwin chimed in on the "A List" celebrity inauguration flap, joking that he wants to perform for president-elect Donald Trump.

Baldwin, who plays Trump on "SNL" currently, tweeted on Friday: "I wanna perform at Trump's inauguration. I wanna sing HIGHWAY TO HELL."

I wanna perform at Trump's inauguration.
I wanna sing HIGHWAY TO HELLhttps://t.co/fCTArIajFb

Followers of Baldwin's account responded with varying degrees of amusement. See the tweets (below).

@ABFalecbaldwin but dressed as him right 😂

@ABFalecbaldwin Or Alec, you could perform in a mariachi band with those 2. pic.twitter.com/GFVsjvCS0N

@ABFalecbaldwin @AlecBaldwin That and the Star Spangled banner. There's a line about "bombs bursting in air" in it that Trump seems to like.

@ABFalecbaldwin You can also do
'Dirty Deeds," Big Balls" and "Borrowed Time." I'd watch!

Others voiced their unwavering support for the president-elect. Read their tweets (below) and be sure to see the gallery (above) for more politically-charged celebrities.

.@ABFalecbaldwin @AlecBaldwin
Keep moaning about HER failure 2 win. It makes u look like the weak baby u r 😂
ENJOY HER INAUGURATION IN HELL pic.twitter.com/XZqrng4eat

@ABFalecbaldwin @YouTube libs remind me of bratty 13 year olds who are mad because they didn't get a pony for there BIrthday , we won:)

@ABFalecbaldwin such disgusting comments from you and your followers. Merry CHRISTmas

@ABFalecbaldwin @YouTube my friend you seriously need to grow up. It's embarrassing