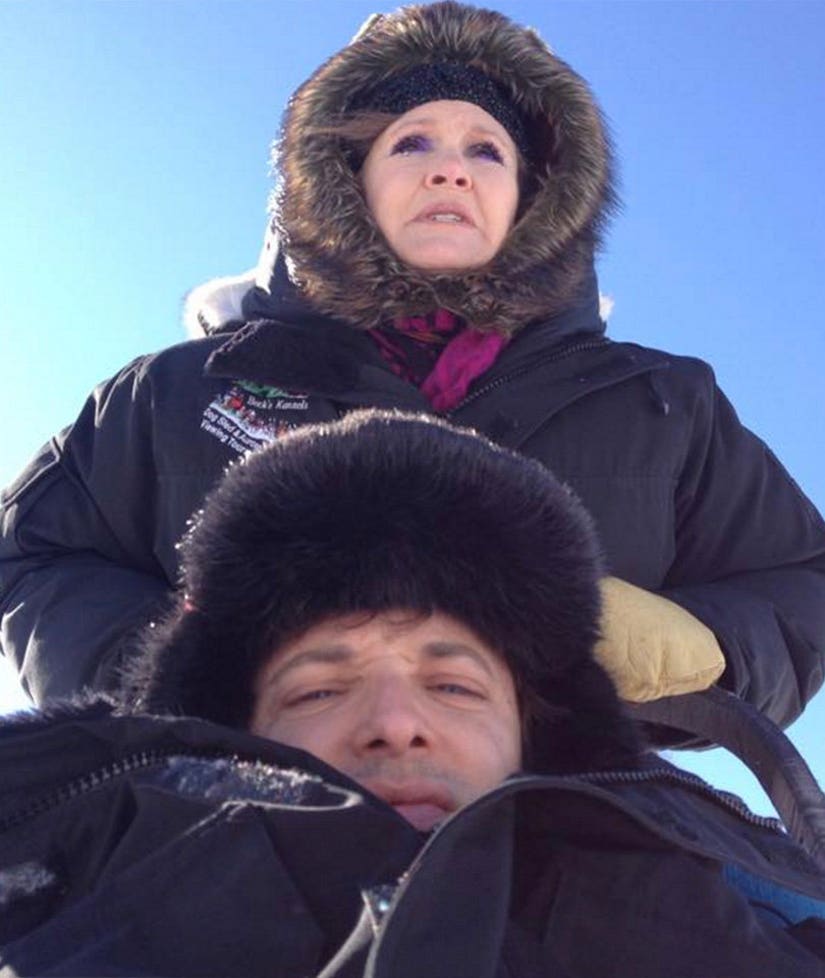 Lane is the creator and producer of web series "Last Will and Testicle," a documentary chronicling his battle with testicular cancer. He was Fisher's assistant for three years.

"Her nicknames for me were Byronius and C--k Ring. She once got a text alert from weather.com saying the northern lights were gonna be big... so that night I had to book flights and the next day we were there. When Gary had to pee on a plane she took him and a wee-wee pad into the lavatory and how they worked it out is one of life's great mysteries. Most of my time with her involved me staring at her, wide-eyed and in blissful shock that one person could live a life so fully."

We rode dog sleds in Canada, swam hot springs in Japan, pet koalas in Australia. That's how she lived. Extraordinary. Brilliant. Hilarious. And generous! Not every assistant job is like that. I was with her for nearly 3 years. Every moment is a treasure, inspiration. I love this woman and will forever. She has been a force in my life from the moment I met her. To this day I think of her constantly. Every memory with her is bursting with color.

I feel so lucky, you guys! So! Lucky! But, you know her, too. Because she was exactly the same in private as in public. Authentic. Honest. Real. A champion for mental health, veterans, feminism. She did anything for her family, loved her friends, embodied aliveness. I'll miss her so, so much."

As TooFab reported Tuesday, a spokesperson for "Star Wars" actress and family said: "It is with a very deep sadness that Billie Lourd confirms that her beloved mother Carrie Fisher passed away at 8:55 this morning. She was loved by the world and she will be missed profoundly."

Fisher's heart stopped during a flight from London to LAX on Dec. 23. The actress was administered CPR for 15 minutes until the planed landed. Paramedics rushed Fisher to a nearby hospital just after noon in Los Angeles. According to TMZ, Fisher never regained consciousness and her condition did not improve.

The actress was currently on a book tour promoting her memoir "The Princess Diarist" and was in London filming the last season of the U.K. comedy "Catastrophe."