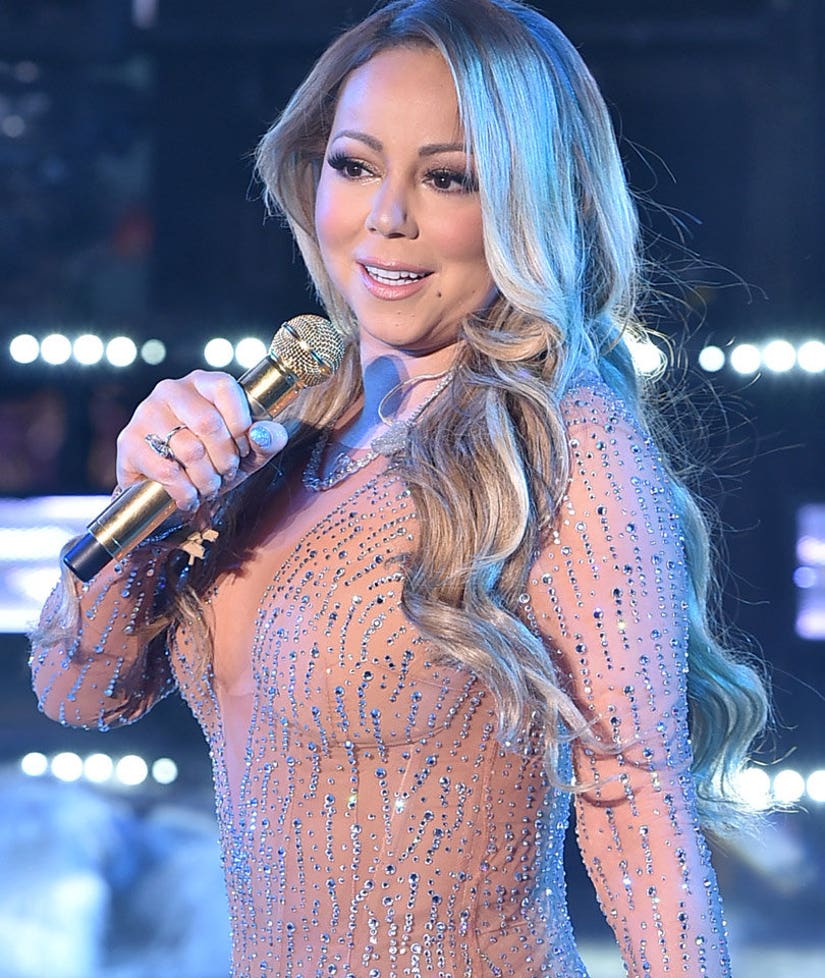 Mariah Carey ended 2016 with a New Year's Eve performance that Twitter won't soon forget, as audio issues blew up her planned gig before the midnight ball drop in Times Square.

While Mariah herself reacted with a simple "S--- happens" on her social media pages, the rest of the Internet and a few celebrities weren't as kind.

Jennifer Lopez addressed the performance by liking a comment on Power 106 KMEL Big Von's Instagram page. After Von shared a video of the performance, one follower commented, "Ever seen an accident you couldn't take your eyes away from? That was her tonight!" When you take a look at the likes for that comment, one of them is from Lopez's official Instagram account, as seen in a screen grab TooFab took at 12:00 PT on Tuesday: 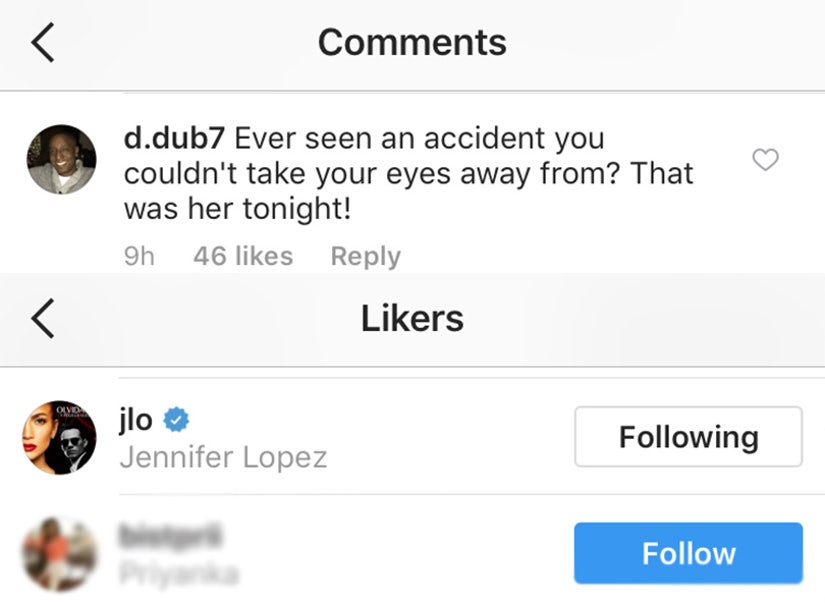 Singer Josh Groban also sounded off on the performance while watching it unfold. "Any time one of the greatest voices of my generation lip syncs an angel loses its wings," he tweeted, seemingly referring to the incident. After getting some less-than favorable responses, he deleted the tweet and apologized. "Deleted my tweets about a certain performance because it was made in humor but taken way more meanly than intended. Not out to diss artist," he wrote.

Even the sporting world got in on the action, as the Pacers found a way to poke fun at the event during a game:

The Twitter-verse had its own takes on the fiasco, with many calling it the perfect way to end 2016. Check out more of the best reactions below:

when you didn't do any work for the group project and it's your turn to present a slide https://t.co/L7Kcj8Gm3h

Molly, aka the Thing of Evil, did a few too many Colt .45s on New Year's Eve. Still recovering. Loved Mariah Carey, though. pic.twitter.com/frswLaxbFQ

Mariah Carey should follow Trump's lead and tweet "Flawless performance on NYE! Crowd loved it!" so that would magically become the truth

I'm choosing to believe Mariah Carey's performance was an artistic reinterpretation of the 2016 Presidential election.

[Mariah Carey]: sing for the audience

Mariah Carey fails better than 99% of the world succeeds.