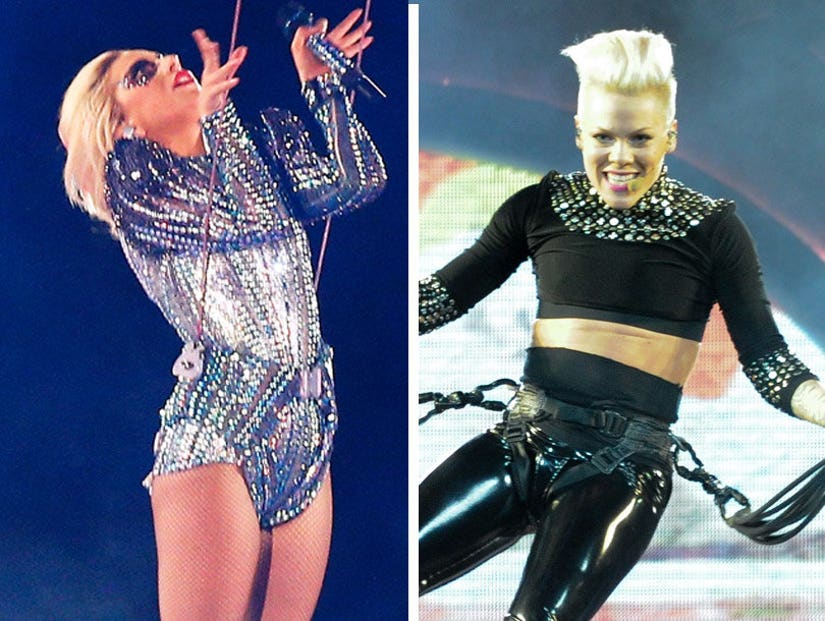 P!nk is not going to let anyone use her to criticize Lady Gaga's Super Bowl performance.

After Mother Monster's death defying acrobatics on Sunday night, many watching at home accused her of for ripping off the "So What" singer, who has used wire and ribbon work in her concerts for years.

But P!nk shut down the conversation Monday on Instagram, applauding Gaga while delivering a not-so-suble dig at President Donald Trump.

"For the record: Let's squash this before it even has a chance to be a thing.... Lady Gaga killed it yesterday. Her voice was powerful and beautiful, her outfits were on point, choreography stellar, her heart was in it and she sang about love and inclusiveness, all in front of millions and millions of people," she posted in a note on her page.

"Let's celebrate a woman who has the guts to jump off a roof and stand up there in the first place. Who cares if I flew first? Cause I didn't! Cirque and Peter Pan been in the air for years," she said. "Now can we get back to the real controversy? The one where our so called leader is stripping our humanity away minute by minute...."

P!nk has been very vocal about her feelings towards Trump on social media, re-tweeting articles criticizing his presidency and attending the Women's March with her entire family last month.