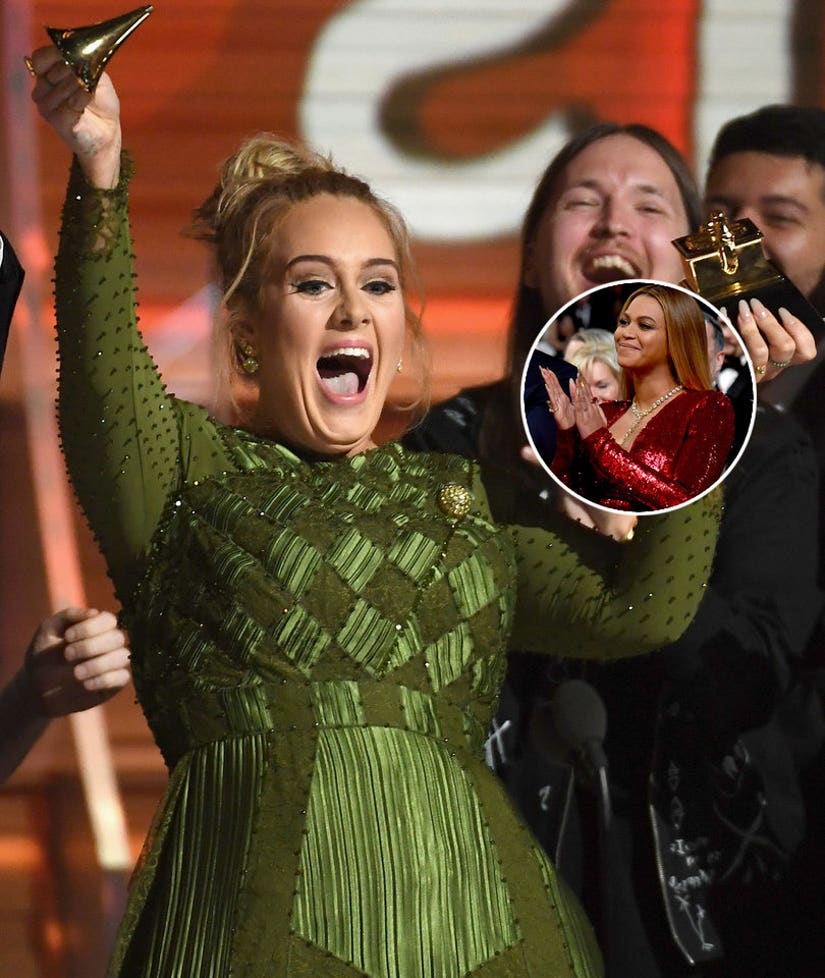 Adele fittingly snapped her Grammy Award in half after she made it clear that she wanted Beyoncé to win Album of the Year for "Lemonade."

"Like I said in my speech," Adele said backstage in the press room, "My Album of the Year is Lemonade. So, a piece of me did die inside, as a Beyoncé stan -- not going to lie -- I was completely rooting for her, I voted for her. I felt like it was her time to win. What the f--k does she have to do to win Album of the Year?"

Adele revealed that she spoke to Beyoncé just before the awards ceremony and said what a privilege it was to be nominated alongside of her.

"We spoke afterward as well and she was very gracious and humble as always, as we've come to expect," she told reporters. "And the reason I felt the need to say something is because my album of the year is Lemonade. She is my icon of my whole life."

Of how 1998's Destiny Child's track "No, No, No" impacted Adele, she recalled: "The way that I felt when I first heard 'No, No, No' is exactly the same as how I felt when I heard 'Lemonade' last year. There are friendships I have that are completely tied to us being complete Beyoncé stans. I don't take any f--king s--t when it comes to anyone not liking Beyoncé. You can't be in my life. You simply can't."

"I can't possibly accept this award," she said, "And I'm very humbled and very grateful and gracious, but my life is Beyoncé, and the album to me -- the Lemonade album, Beyoncé -- was so monumental, and so well thought out, and so beautiful and soul-bearing."

Speaking directly to Bey, Adele said: "We all got to see another side of you that you don't always let us see, and we appreciate that. All us artists adore you. You are our light. The way that you make me and my friends feel, the way you make my black friends feel is empowering, and you make them stand up for themselves. I love you. I always have. And I always will. Grammys, I appreciate it."