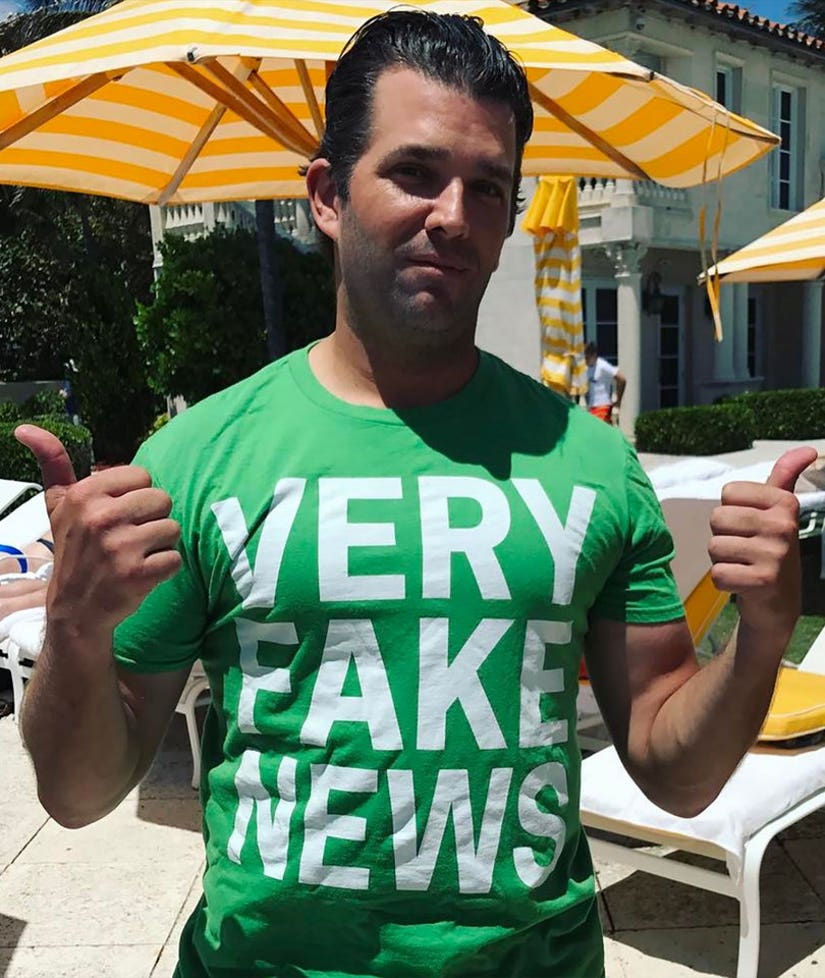 Donald Trump Jr. modeled a green T-shirt emblazoned with "VERY FAKE NEWS" in a huge white font on Sunday and the internet erupted with reactions.

"I think I'm going to have to buy a few thousand of these to pass around to our buddies in the Main Stream Media," Trump Jr. wrote on Instagram. "In the meantime I'll model it for them. #yourewelcome #fakenews #veryfakenews #mainstream #media #msm."

Back in March, Trump Jr. was mocked and memed after he compared himself to Salt Bae in a NY Times profile. 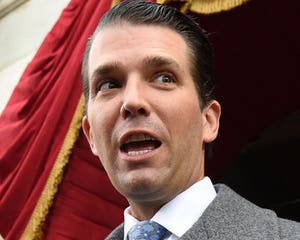 While some created hilarious memes featuring everything from Neil Armstrong's 1969 moon landing to Vladimir Putin, others simply attacked the President's son over his brazen choice.

@DonaldJTrumpJr it is a very nice shirt pic.twitter.com/1DmgXGVYzx

@sethgs @DonaldJTrumpJr And you know it was made in China.

@sethgs @NavKaz @DonaldJTrumpJr His thumbs look like he's hitchhiking in opposite directions.

Trump Jr. has not yet compared himself to Sweet Brown at the time of this posting.