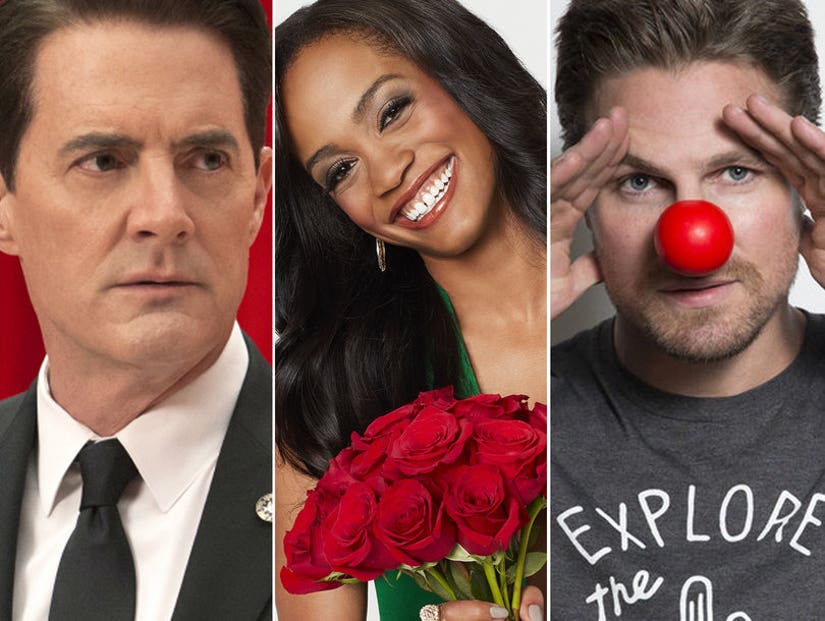 It's a truly massive week in the world of TV, with dozens of finales and premieres filling up the slate across broadcast, cable and streaming. From a "Super" family brawl to the crowning of a new mirrorball champ to a historic moment for ABC's "Bachelor"/"Bachelorette" franchise, and let's not forget the much-anticipated return to the town of "Twin Peaks," there's a little something for everyone.

So much TV. So little time. TooFab is here to help, with this week's essential viewing guide.

Series premiereShowtimeSunday, May 21 at 9 p.m. ET/PT

It's here. It's finally here. David Lynch brings his iconic, mind-bending, twisted tale back to life, with an 18-hour limited series picking up 25 years after the murder of Laura Palmer in the quaint Northwestern town of Twin Peaks, Washington. Lynch and the cast have been extremely tight-lipped, keeping any details under lock and key. Critics didn't even get episodes ahead of time, so chances are all of the theories being thrown out there… will be way off when the supernatural series returns to our screens. Grab your cups, people. It's time to fill up on some damn fine coffee. 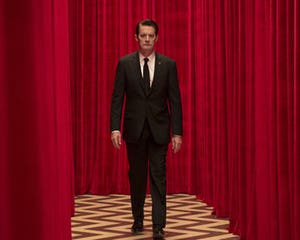 We are absolutely loving the title of the "Supergirl" season finale. Is "Nevertheless, She Persisted" referring to Supergirl's fight against her own cousin, Superman, which we've seen in the preview pics? Or, it could easily be about the ridiculous lengths Queen Rhea (Teri Hatcher) is willing to go to in order to keep her son Mon-El out of Supergirl's loving arms. Taking control over the Man of Steel and sending him to fight Supergirl (we're just guessing that's what is going on) is a little extreme for an over-protective mom, even by Daxam standards.

Whaboom! What the heck is a whaboom? You, us and the rest of the world will find out when new "Bachelorette" Rachel Lindsay's 31 suitors are unveiled for the world to mock see. This includes Lucas, who describes himself as a professional "Whaboom." Host Chris Harrison says Lucas "might be the guy you love to hate." We're going to go ahead and say you can lose the word "might" from that sentence. Everybody have fun tonight. Everybody whaboom tonight.

DANCING WITH THE STARS

Will it be the pop star, the retired baseball champ or another football player? Fifth Harmony beauty Normani Kordei battles it out against retired baseballer David Ross and nobody-is-quite-sure-if-he's-retired-or-not NFL stud Rashad Jennings for ballroom supremacy, when the two-night "DWTS" finale kicks off. Normani has been spectacular, David has been adorably every-man endearing and Rashad has been super steady throughout the season, so it really is anyone's game. Our advice to the finalists? If Simone Biles' shocking semi-finals elimination is any indicator, we'd say the remaining "Stars" may want to flash a smile or two. Just sayin'. 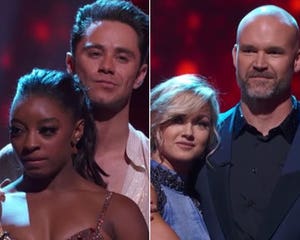 The 5th Judge of 'Dancing With the Stars': Semi-Finals Sends the Best Home Again

"This guy is like raw plutonium, radiating poison into my skin and breaking me down with his toxic lack of self-awareness," Valerie tells her brother Alex of her latest suitor (played by a ponytailed Chace Crawford). Oh how we missed you, Michaela Watkins. And with that, our favorite co-dependent Hulu family is back. Season 3 of "Casual" finds Valerie and Laura having moved out of Alex's place, in search of a more independent environment. And, of course, Charles is dead. So get ready for the funeral, and whole grieving process – "Casual" style.

Cookie and company went all "Ocean's Eleven" in last week's penultimate episode (appropriately titled "Cookie's 11"), taking Sin City by storm, complete with an elaborate heist. The major OMG! moment, though, came when Lucious' mother Leah stabbed his half-brother Tariq in the neck, causing him to bleed out and die, right before he was about to tell Lucious it was Leah who kidnapped his granddaughter Bella. Talk about great grandmama drama! Showrunner Ilene Chaiken has promised the season finale will serve as a "total reset" of the series moving forward, complete with the introduction of Demi Moore's character, who is sure to shake things up in Season 4. 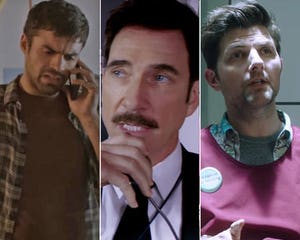 Celebrity EditionNBCThursday, May 25 at 8 p.m. ET/PT

We've all seen Stephen Amell tackle the salmon ladder (we didn't watch it on loop – you did!), but now the "Arrow" star will test his will against the grueling "American Ninja Warrior" course in a special celeb episode. The best part – it's all for a good cause. Timed to NBC's annual Red Nose Day star-studded fundraiser, the special ep will also feature Erika Christensen, Derek Hough, Natalie Morales, Nikki Glaser, Mena Suvari and more testing their might against the famed obstacle course. Place your bets as to whether any of these celebs can conquer Mount Midoriyama. Our money is definitely on Amell.

You think your family has secrets and skeletons? Trust us, you've got nothing on the Rayburns. Netflix's first family of the Florida Keys is back for their final season, as Kyle Chandler, Sissy Spacek and 2016 Emmy winner Ben Mendelsohn are sure to bring serious family drama for Season 3. Fans were left with a bounty of cliffhangers at the conclusion of Season 2. Is Marco dead? Where is John (Chandler) going? Will we get more flashbacks/ghostly visions of Danny (Mendelsohn)? Are there even more secrets to be unearthed?!? Season 1 was terrific. Season 2 was a bit lackluster. Here's hoping the Rayburns go out with a big bang in Season 3, when all 10 episodes drop just in time for a Memorial Day weekend binge. 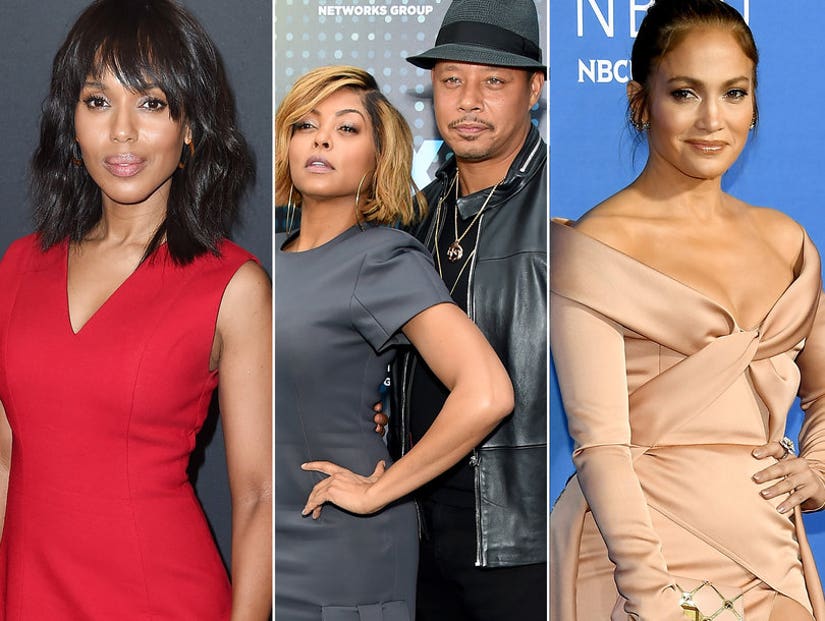