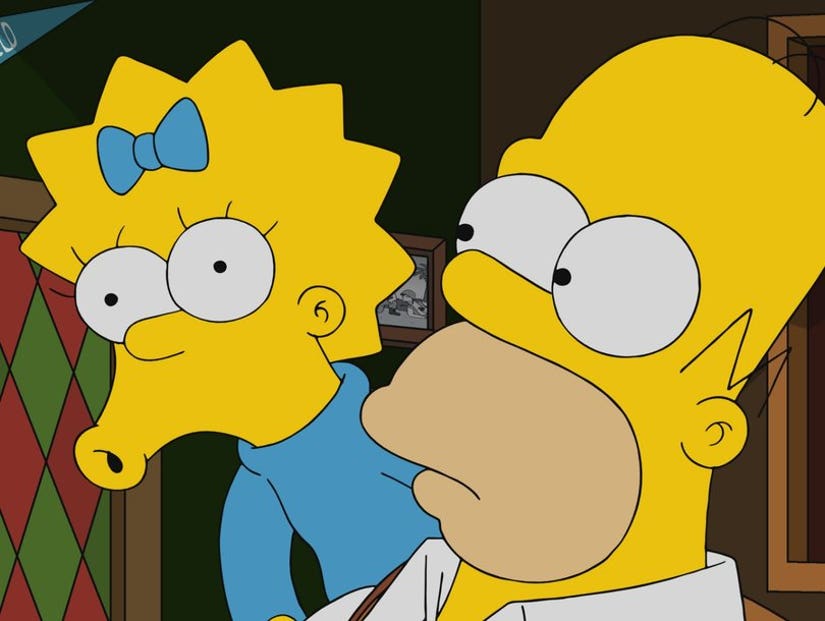 It's almost become tradition. Every time a major event occurs in the world, everybody waits a beat to see if "The Simpsons" called it -- and the 2018 Winter Olympics proved once again that nothing can happen without America's real first family knowing about it.

From smartwatches to autocorrect, faulty voting machines, Super Bowl Halftime Showtimes, presidential elections and even the Higgs Boson equation, it seems like there is no subject matter the writers of "The Simpsons" can't foresee. After 29 seasons (and counting), it was perhaps inevitable that "The Simpsons" would get some things right about the future. 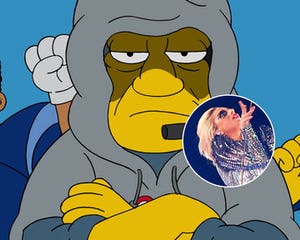 Revisiting The Simpsons Accurate Predictions Is Tripping Us Out

No one could have predicted that the US would win curling gold, right? Actually, the Simpsons did in a February 14, 2010 episode. They beat Sweden, who the US happened to beat to win gold today (H/T @dansnierson) pic.twitter.com/0gkhycQ3xF

Below are 19 more times the Simpsons proved they are way ahead of the game:

This one dates back to the 1998 episode, "When You Dish Upon a Star," that saw Homer in Hollywood. A sign outside the 20th Century Fox building had the words "A Division of Walt Disney Co." below the Fox logo. It would take 19 years for that joke to become reality, and in doing so make Disney the new home of "The Simpsons" themselves.

Simpsons say “hi” to Mickey with respect (he's a lot older than we are) pic.twitter.com/bD6wTZebas

Once again, The Simpsons is always right pic.twitter.com/992UUp8bI6

Way back in 1990, a trip to the future revealed Lisa Simpson as the newly-minted President of the United States of America. Unfortunately, she lamented that the economy was left a mess by President Trump. 16 years later, Trump was elected president. (Season 11, Episode 17 - "Bart to the Future")

Making fun of Apple's precursor to the iPhone back in 1994, this early cell phone introduced the concept of autocorrect to the world of mobile devices, and its awful tendency to get it wrong. "Beat up Martin" got autocorrected to "Eat up Martha," which is better than some real autocorrect nightmares people have suffered through. (Season 6, Episode 8 - "Lisa on Ice") 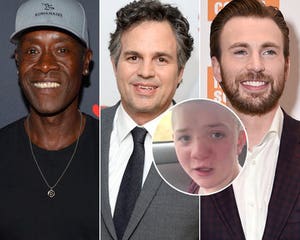 The kids in Springfield sure loved their digital yardwork emulator in 1998. While it was a little more cumbersome than a smartphone, it was nevertheless very similar in gameplay to the FarmVille app that would eat up everyone's free time in 2009 and beyond. (Season 9, Episode 12 - "Bart Carny")

Homer Simpson was on the cutting edge of modern science, writing a formula on a chalkboard. Turns out that formula predicts the mass of the Higgs boson particle. Long theorized, that particle wasn't proven until a massive experiment in 2013. (Season 8, Episode 1 - "The Wizard of Evergreen Terrace")

Five years before her Super Bowl debut, Lady Gaga must have done a practice run in Springfield, as her high-flying performance in the cartoon was nearly identical to the one she gave football fans in Houston earlier this year. (Season 23, Episode 22 - "Lisa Goes Gaga")

Milhouse takes the crown for this one, accurately predicting in 2010 that MIT professor Bengt Holmström would win the Nobel Prize in economics. Six years later, that prediction came true, though it might have been too late for Milhouse to collect his winnings in the betting pool. (Season 22, Episode 1 - "Elementary School Musical")

Two decades prior to the actual 2013 attack of Roy by one of the white tigers in his Las Vegas act with Siegfriend, "The Simpsons" had one of the white tigers viciously attack and maul their version of the Las Vegas duo. In real life, Roy sustained severe injuries but survived the encounter. (Season 5, Episode 10 - "$pringfield (Or, How I Learned to Stop Worrying and Love Legalized Gambling)") 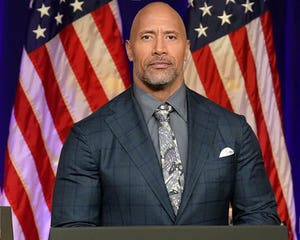 A scandal broke out during the 2012 elections when it was uncovered that a voting machine in Pennsylvania kept changing votes for Barack Obama to his political rival, Mitt Romney. Homer Simpson faced this same dilemma in 2008 when his Obama vote kept getting changed to John McCain. (Season 20, Episode 4 - "Treehouse of Horror XIX")

In 1995, Lisa traveled to the future where we saw people communicating with one another through their watches, much like they were able to do nearly two decades later when the Apple Watch was introduced. At least Apple did away with the awkward fliptop feature. (Season 6, Episode 19 - "Lisa's Wedding")

The Shard in London

A unique architectural structure that didn't hit the London skyline until 2009, and wasn't even designed until 2000. And yet, in a 1995 episode that took Lisa on a trip to London in the future, the distinctive outline of The Shard could be seen in the skyline behind Big Ben. Even more remarkable, it was in the correct location. (Season 6, Episode 19 - "Lisa's Wedding") 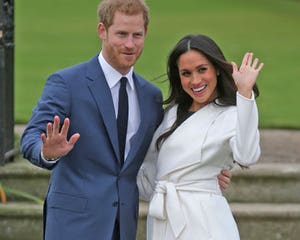 In the same episode that introduced The Shard, Lisa discovered that librarians had been replaced by robots. That was in 1995, and by 2016 students from the University of Aberstwyth had built a prototype for a robot librarian. We'll call this one a near-prediction because it's so close to being true. (Season 6, Episode 19 - "Lisa's Wedding")

In another uncanny prediction from Lisa's futuristic wedding episode in 1995, phones were shown to have video capabilities. 10 years later, that was absolutely true with the introduction of FaceTime to iPhones, and the myriad apps that have since followed on all mobile devices. (Season 6, Episode 19 - "Lisa's Wedding")

An old episode of The Simpsons, they knew already what's going on in Tesco ! #HorseDNA #horsemeat #burgers #Findus pic.twitter.com/eC293S4R

It was 1994 when "The Simpsons" aired an episode that revealed the Lunchlady Doris using "assorted horse parts" as part of the school lunches. 19 years later, an actual scandal would break out in the UK when traces of horse DNA was discovered in beef products across the nation. (Season 5, Episode 19 - "Sweet Seymour Skinner's Baadasssss Song") 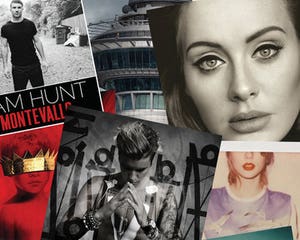 Is the Album Dead? 7 Reasons Music Insiders Think So

Ringo Starr was seen patiently answering decades-old Beatles fanmail in a 1991 episode. In 2013, Paul McCartney picked up the pen and continued the tradition, sending a reply to two Beatles fans from Essex for a letter they'd sent the band 50 years ago that had only recently been uncovered. (Season 2, Episode 18 - "Brush With Greatness")

It's one of the oldest sight gags on "The Simpsons," the three-eyed irradiated fish. It made its official debut in 1990 when Bart caught Blinky near the power plant. In 2011, fishermen in Argentina found a real three-eyed fish in a reservoir near a nuclear power plant. Mr. Burns does not appear to own that one. (Season 2, Episode 4 - "There's No Disgrace Like Home")

It was perhaps more information than any parent really wants, but in 1992, "The Simpsons" revealed a baby translator so the family could understand Maggie. In 2013, a new Cry Translator app was released that purports to be able to analyze a baby's cry and then diagnose why within 30 seconds. (Season 3, Episode 24 - "Brother, Can You Spare Two Dimes?") 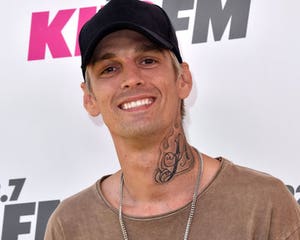 Why Aaron Carter Is 'Kind of Like' Taylor Swift, Surprised to Be Alive and Suffers PTSD

Mick Jagger and Keith Richards knew something about the future when they booked guest-starring spots on "The Simpsons" back in 2002. The pair appeared as themselves and gave Homer a "Guitar Hero" jacket. It would be three more years before the popular music game came out. (Season 14, Episode 2 - "How I Spent My Summer Vacation")

"Europe puts Greece on eBay"... seems The Simpsons had it right all along! #GreeceCrisis #EU pic.twitter.com/MvjYkWMQID

During a cable news segment that featured Homer as a guest in 2012, the news crawl at the bottom of the screen flashed by one item about Greece: "Europe puts Greece on eBay." In 2015, Greece's financial woes hit a crisis point when the country defaulted on the International Monetary Fund. (Season 23, Episdeo 10 - "Politically Inept, With Homer Simpsons")